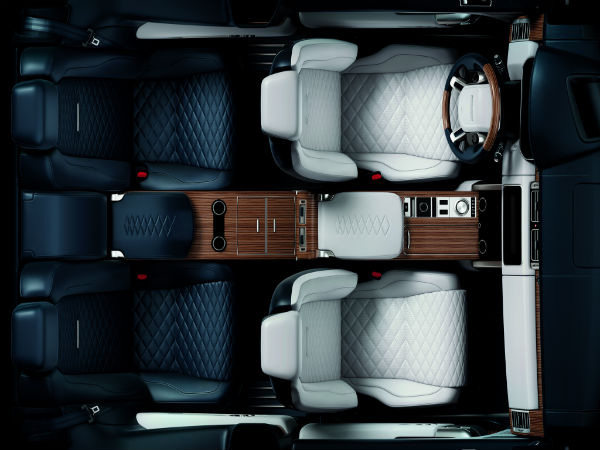 Yesterday, we announced the introduction of the world’s first full-size luxury SUV coupé. The new Range Rover SV Coupé will be a dramatic and desirable addition to the Range Rover portfolio, featuring a seductive body design and a supremely refined interior.

Gerry McGovern, Land Rover Chief Design Officer, said: “The Range Rover SV Coupé is a highly compelling design with peerless refinement and uncompromised sophistication from its breathtaking exterior proportions to its sumptuous, beautifully appointed, interior. This is a vehicle that will resonate on an emotional level.”

SV Coupé is a celebration of the Range Rover bloodline, with a dramatic two-door silhouette which alludes to its unique heritage – Range Rover launched as a two-door in 1970 – while being thoroughly modern and contemporary.

The interior image released today illustrates the traditional skills combined with up-to-the-minute technologies utilised throughout the cabin to exquisite effect. Stunning to the eye, sumptuous to the touch, it is a light, contemporary, space where attention to detail has been paramount.

Land Rover Design and Special Vehicle Operations have created the Range Rover SV Coupé, which will be hand-assembled at the SV Technical Centre in Ryton-on-Dunsmore in Warwickshire, UK. Production will be limited to no more than 999 vehicles for worldwide distribution.

A full range of images and specification details for the new Range Rover SV Coupé, and the extensive opportunities to personalise this vehicle, will be revealed at www.landrover.com on 6 March 2018.

Land Rover will mark its 70th anniversary with a series of events and celebrations in 2018,  and has already announced the restoration of  one of the three pre-production Land Rovers shown at the 1948 Amsterdam Motor Show launch, and  a limited-edition high-performance version of the iconic Defender.

View more
1
The beginning of the Range Rover Evoque story