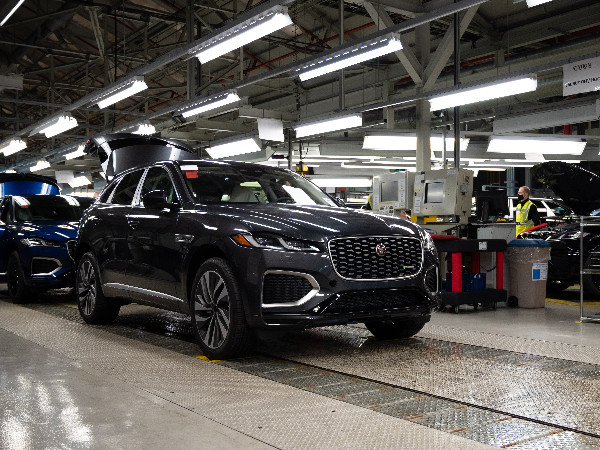 Over the holiday shutdown a huge effort from teams across Castle Bromwich helped the business protect more than £5 million of profit by supporting sister plant Solihull in processing hundreds of customer-bound Jaguar F-PACE’s.

But because Manufacturing collaboration is not just for Christmas, the plant have since set up additional F-PACE OTA capability and are on course to process a further 1000 cars during January.

Issues with a parts supplier brought D7a saloon production to an early stop before Christmas and similar issues at Solihull had created an ever-growing list of F-PACE’s to process in order to get them shipped to customers.

With the Solihull OTA team already supported by CB employees working to capacity and the end of Quarter 3 fast approaching, Castle Bromwich offered up our facilities to help.

However, before the D Block OTA team could get to work, a number of adjustments that would have normally taken weeks to deliver were overcome by Maintenance colleagues to clear the way for the F-PACEs.

One of the sticking points was the D block water test booth, designed to accommodate lower saloon and sports cars.

“Previous thinking would have us bringing in contractors to resolve the problem, but we know we’re trying to save cost so the maintenance team in D Block did it themselves,” said Maintenance Leader James Gregory. “We raised the height of the water test booths and the car wash blowdry system on the CAL line so we could get F-PACE through.”

Once the adjustments had been made, the D Block OTA teams working closely with the CB Plant Launch team began the huge task of processing the cars and eventually, more than 600 F-PACE’s were processed over Christmas through CB’s D Block OTA area.

But with plenty more cars left to process, that was just the start…

After Christmas to restart production of saloon and sports car models the plant needed to return the use of D Block OTA to Castle Bromwich vehicles.

However, still determined to help out Solihull colleagues and the wider-manufacturing effort, it wasn’t long before a plan had been put into motion to put our currently unused Sports Car Facility OTA area to work.

“The same adjustments that were needed in D Block were again delivered quickly into the Sports Car OTA by maintenance teams last week who did a great job.

“The Plant Launch team have since picked up the running of the area and working with Solihull colleagues are playing a big part of catching back the F-PACE cars that were delayed by Covid related supplier issues.

“This has been a strong effort by the Castle Bromwich team working flexibly across departments. Adjusting not one but two OTAs in just a couple of weeks to process a new vehicle is not easy and yet everyone has come together to make it happen.”

The Castle Bromwich team have continued to show their support with close to an additional 1,000 F-PACEs processed through this OTA in January.

It has been a difficult stop start beginning to the year for the plant, but the processing of F-PACE’s onsite at the facility alongside the numbers of Castle Bromwich colleagues supporting at Solihull are two great examples of the flexibility and ingenuity on display across the business. 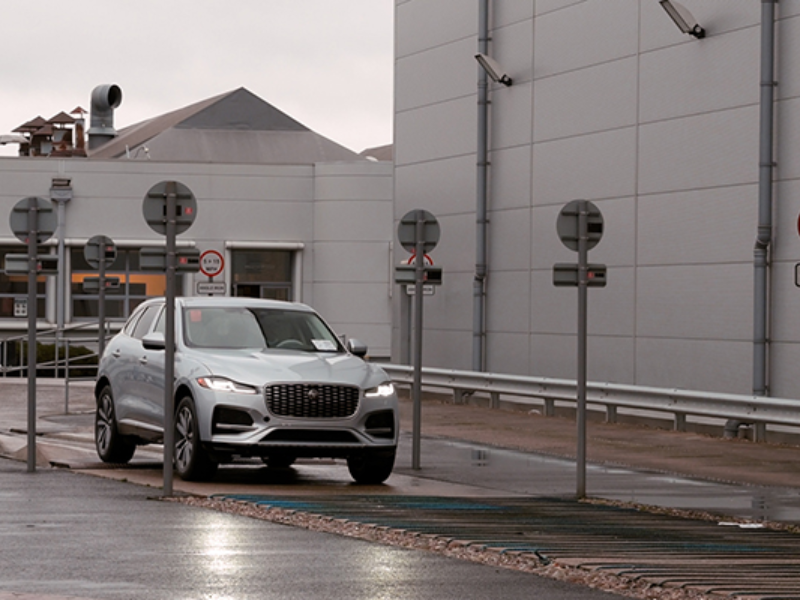