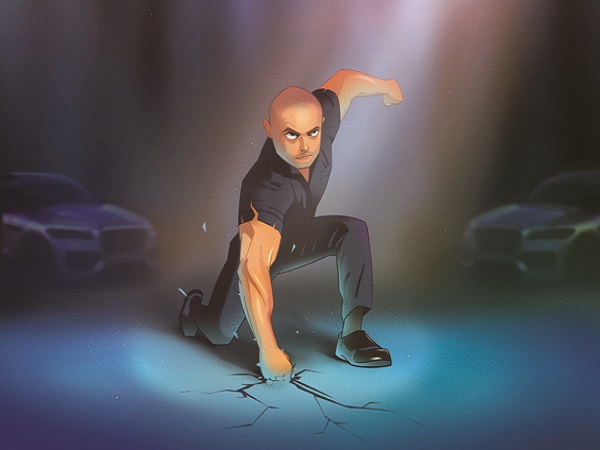 In this series we will be looking at some of the superheroes within the team. In the final part of the series, we meet Przemyslaw Sicinski who is based at Gaydon.

I finished my secondary engineering qualification at school when I was 21, before joining the army. We still have National Service in Poland so I served for two years in the armed forces – the compulsory one year on duty and then one year on a contract.

Between 1996 and 1998, I worked in Warsaw for a fast transport team where we provided security for convoyed money and conducted response work. Later in 2001, I returned to my home town of Wloclawek and joined the local police force. I was in the police for six years where I worked on the streets in uniform before moving into intelligence and working undercover.

I have always been athletic as I used to play handball from a young age. I got my first dumbbells when I was 15 and joined a gym. I’ve essentially trained for 30 years, mainly as a hobby rather than for shows, and I only started competing in bodybuilding in January this year. Before that I was a strongman and entered many competitions both in Poland and the UK. I made the decision to switch to bodybuilding as it is better for my body at my age. When I was a policeman I was bigger than I am now. I was 20 stones so I was very big indeed, and as I worked undercover all the people I infiltrated trusted me based on the way I looked.

I rose through the ranks to become a sergeant, when my friend offered me some work in the UK and I jumped at the chance. I worked for a few companies including Laurence Automotive Interiors at Browns Lane as a quality technician, using my engineering skills to good effect. Coming to the UK with skills in engineering and security, there were plenty of job opportunities open for me. I then went on to become a Corporate Security and Business Protection Officer during my six years at Browns Lane, as I was also trained as a fire marshal.

Since then I moved over to Jaguar Land Rover and have been based at Gaydon for the past 18 months. I have been trained in so many things from security, to fire-fighting, First Response Emergency Care 3 (FREC) all of which helps me to protect the employees and the company better.

I was still competing every year in the strongman competitions and I was having a lot of success but I am a little too short for these events. I won the Body Power Expo in my category in my first competition this year as it’s all about proportions.

On 24 November 2018, I competed against 400 athletes in the Mr Universe competition in Portugal. It’s the biggest show for 40 years, and I do it all without the support of a crew such as coaches, chefs, and trainers. I have to apply this level of discipline to my whole life. If you focus on a goal you can achieve it and I have the ambition to win.

I work 12-hour shifts and attend so many different calls at Gaydon, then I have my family, my dieting and shift work. Twenty-four hours can sometimes feel like it is not long enough, but I’m 100 percent focused on achieving my goals.

In my professional career, all of the jobs I’ve done have been helping people and that’s always been the core theme for me. Even in security, the army and as a police officer, it’s all geared to helping people and that’s what makes me happy. I love working for Jaguar Land Rover and I love protecting the future of our company by protecting its people, its assets and its sites. 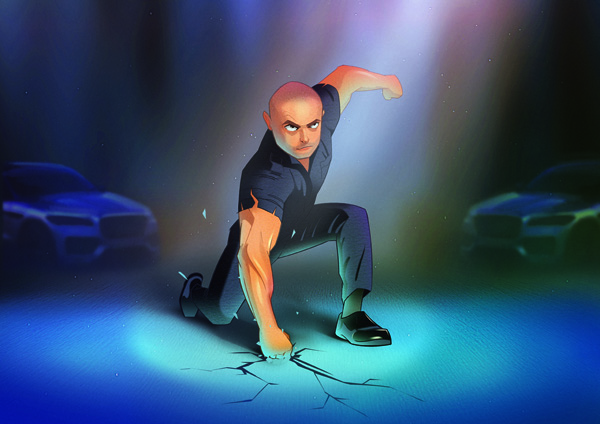 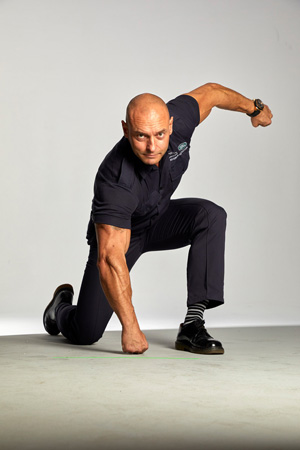 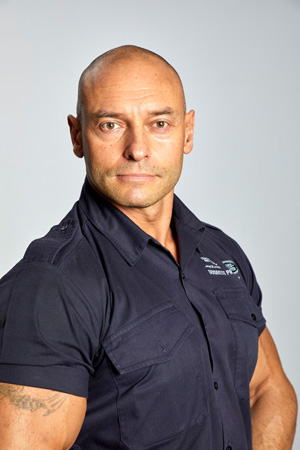 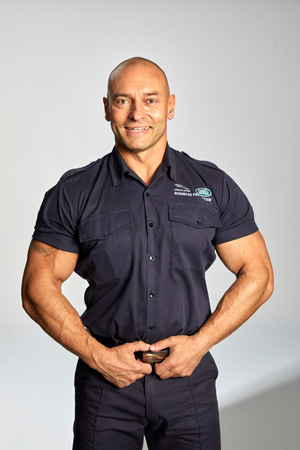