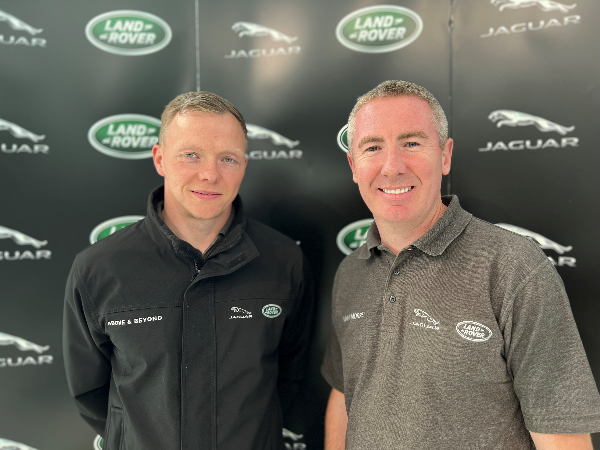 Last week we were joined by kaizen royalty from across Halewood as we hosted our 2021/22 Kaizen of the Year event.

With over 10,000 incredible kaizens raised, choosing one winner proved an impossible task for the judges so first place was awarded to both Dan Smith, from Trim and Final, and Vinny Morrey, from Body in White.

Dan scooped one of the first-place gongs for the new gauge he developed which detects tailgate aperture seals that are detached from the body of the car.

This has resulted in over £47,000 worth of cost savings every year, as well as improved quality and efficiency on the Trim and Final and CAR line inspection points.

Previously, it was difficult for associates to check the stock if they believed the length of the seal was out of specification, which can cause water leaks. But now, thanks to Dan’s new gauge, they can check the first of each delivery, without having to use destructive testing, so the seals can be saved.

Now if the seals are getting near to the top or bottom limit of the specification, the team can alert SPQ to contact the supplier to make adjustments to the length, saving money as they no longer need to replace the part.

Speaking about his win, Dan said: “It was a shock as I had no idea I had won. This has been a real team effort from SPQ as well as the CME and Kaizen Team.

"I’d like to say a huge thank you to Jon Lewinton from SPQ, who’s support engaging with the supplier was vital in ensuring the project was a success.

“The scales on both sides of the gauge can be used on both the Discovery Sport and the Evoque so it’s not only improved quality and efficiency on our vehicles but also across JLR as Solihull is now using them too.”

Vinny Morrey, from Body in White, was named as joint winner alongside Dan. He created a gauge to go underneath sensors throughout Body Shop, which has prevented them getting damaged, and has the potential to save Halewood over £120,000 every year.

Vinny said: “I am made up - this was something simple I wanted to fix that’s made a real difference to other workgroups as well as my own. It’s stopped the sensors getting damaged and will save the business money - so I feel proud of the part I have played in helping to improve the quality of our line operations.”

“I had no idea a small idea could go so far and that something in my mind which seems so simple could turn into such a big saving for the business.”

David Parry, from IPS, who organised and facilitated the Kaizen of the Year Awards, said: “Last year was another record-breaking year for kaizen which made choosing a winner even harder for the judges. I know how important this event is for the Plant Director and the Operations Committee, so Dan and Vinny should feel really proud.

“As communicated by our CEO, Thierry Bolloré, last week – with only a few weeks left until we close this first financial quarter, optimising every opportunity in production takes priority.

“We need to push ourselves to achieve better, sooner and faster, and we can do this through kaizen. You are the experts in your processes, so if there is a better way of doing something, tell us so we can get these kaizens raised and focus on making the best decisions for our business, delivering more quality cars, on time, to our customers.”

Making small continual improvements through raising a kaizen is a key way that employees can play their part in Refocus, which is helping us to transform the way we operate at Halewood to improve quality, sustainability, and the profitability of our vehicles.

A huge well done also to our second-place Kaizen of the Year, Barry Wilson, from MP&L, and Danny Shaw, from Stampings, who scooped third place.