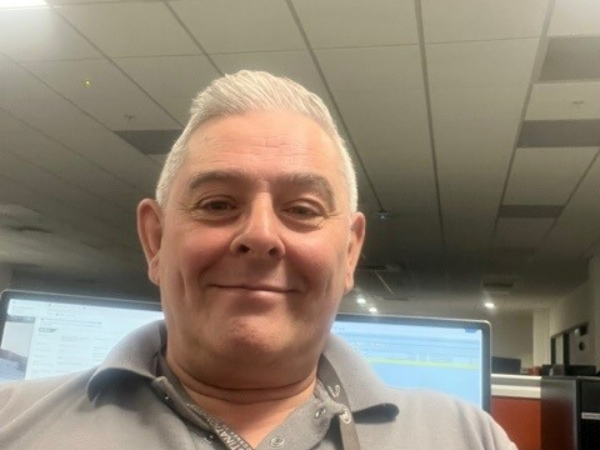 On 11 February 2021, Mark Karakas went through a life changing event. Whilst watching football one evening, without any warning, Mark suffered a stroke. Over the past year, he has had to adjust to a new way of living, and after recently returning to work at the EMC, we hear from Mark about his experience, and how his team and Jaguar Land Rover have supported him along the way.

On 11 February 2021, Mark Karakas went through a life changing event. Whilst watching football one evening, without any warning, Mark suffered a stroke. Over the past year, he has had to adjust to a new way of living, and after recently returning to work at the EMC, we hear from Mark about his experience, and how his team and Jaguar Land Rover have supported him along the way.

Mark joined the EMC in 2016, initially starting with Synchreon, then working on the line after joining as a permanent employee, until securing a role in the Supplier Technical Assistance (STA) team where he works currently.

Could you tell us about what happened?

“I was sitting at home just watching the football and suddenly, without any warning, I suffered a stroke. It was the classic symptoms that I started to develop – my speech was slurred, and I lost all sensation in my left-hand side. It was terrifying.

An ambulance arrived and did the FAST test (facial drooping, arm weakness, speech difficulties and time), which detects whether someone is having a stroke, which determined I was. I was rushed to New Cross hospital, and within about two or three hours I was on the stroke ward, and about 12-14 hours later, sensation started coming back in my leg. I was discharged after five days in hospital after numerous MRI scans and a small bleed was detected.

It all happened so fast, but I was so grateful to the NHS. I knew there was a long road ahead of me, but I was grateful to come through the other side.

My manager Alan Whalen got the text with the news, and we’re a very close team in STA – so I had constant messages from the team checking in on me to see if I was ok and how I was getting on.”

Tell us about the recovery process over the past year – how has this been for you?

“I’ve had to go through intensive therapy over the past year, through a rehabilitation programme.

It’s been a big hill to climb, but you have to keep going. I've overcome many challenges already, and it’s not been easy. I still suffer with fine motor skills, but my proprioception (the awareness of how our muscles are moving) has improved over the past year.

The hardest thing for me to accept has been the fatigue, and not being able to take part in my favourite hobbies – playing guitar. I’m persevering with it, but it was such a big part of my life before my stroke that it’s been a knockback.

There have been a few things that have really helped my mental health throughout this recovery process. The help of my incredible daughter, who is 21 and a student midwife, who lives with me and has supported my recovery everyday – and meeting a network of friends through the Wolves Foundation. These people have had strokes, or might also suffer with other mental health issues, and we go on walks and get some fresh air and have a chat.”

And how about the return to work?

“I have to say, the support from the lads at work has been great, they’ve picked me up and constantly checked on me to see if I’m ok. When I was going to return on site for the first time since my stroke, I felt so nervous – but one of the team picked me up from my house, and I’ve been eternally grateful for the help and support from the team and the organisation.

It was obviously a worry thinking about what I was going to do, would I be ok financially, would I be ok to return to work, and how would my job change? I had regular calls with Alan and HR, and Alan did so much in the background to make sure that I wouldn’t go through any undue stress, so everything was always sorted well in advance without me having to worry.

A couple of months ago I returned to work on a staged return, to ease myself back in. The company have been great throughout this time, dealing directly with the NHS to understand my recovery and making sure everyone is joined up.

Don’t get me wrong it’s been a bit of a struggle physically and mentally – revisiting processes, speaking to suppliers, using a new system that I’m getting my head around, and being back in a work environment. But, there are plenty of things in place to make it more comfortable for me, such as being accompanied by someone, and I’ll be desk-bound for the forseeable until I get back up to strength physically.

The team have kept me going with their support, and the humour – they are quick to take the mick out of me, but it’s how we keep going – if it wasn’t for them, I’d not have been able to return to work. I want to say a big thank you to Alan, Hassan, Mark, Ash, and the rest of the team for everything."

What advice would you give to anyone going through, or has gone through a similar experience?

I hope by reading my story, that this will help at least one person, no matter what they are going through.

Don’t be embarrassed to speak up if you need help, and don’t have preconceptions about receiving support at work – as you will receive it. Jaguar Land Rover offer some great mental health support, so just speak to your manager if you’re struggling.

The Wolverhampton NHS Trust have been just fantastic. I’m not scared to tell anyone what I’ve been through, and why should I be?

Thanks to Jaguar Land Rover and the Engine Manufacturing Centre to helping me back to work – I know that I'm not a number, I’m a valued member of the company and for me that’s meant a massive deal.”

Alan Whalen, STA manager said: “When the team heard about what happened to Mark, it was a massive shock but he has dealt with his experience with pride, and we all admire him for that. It’s great to have him back in the team – I'm happy to have played a part in him returning to work in the best possible way he can, he’s a valued member of the team and should be made to feel that way.”

Alan and the team will be taking on the 3 peaks challenge in the summer, raising money for three charities, including the National Stroke Association. Look out in Team Talk for more information on how you can support them as they take on this mammoth challenge. 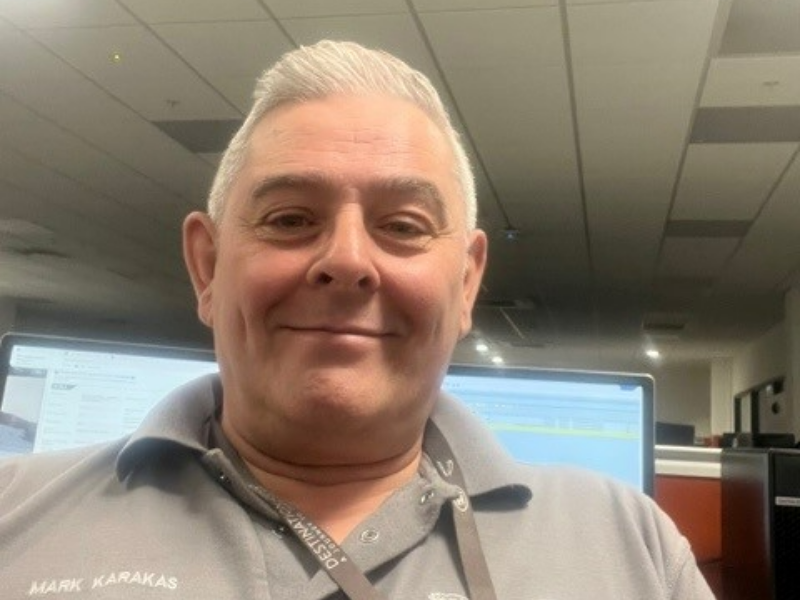