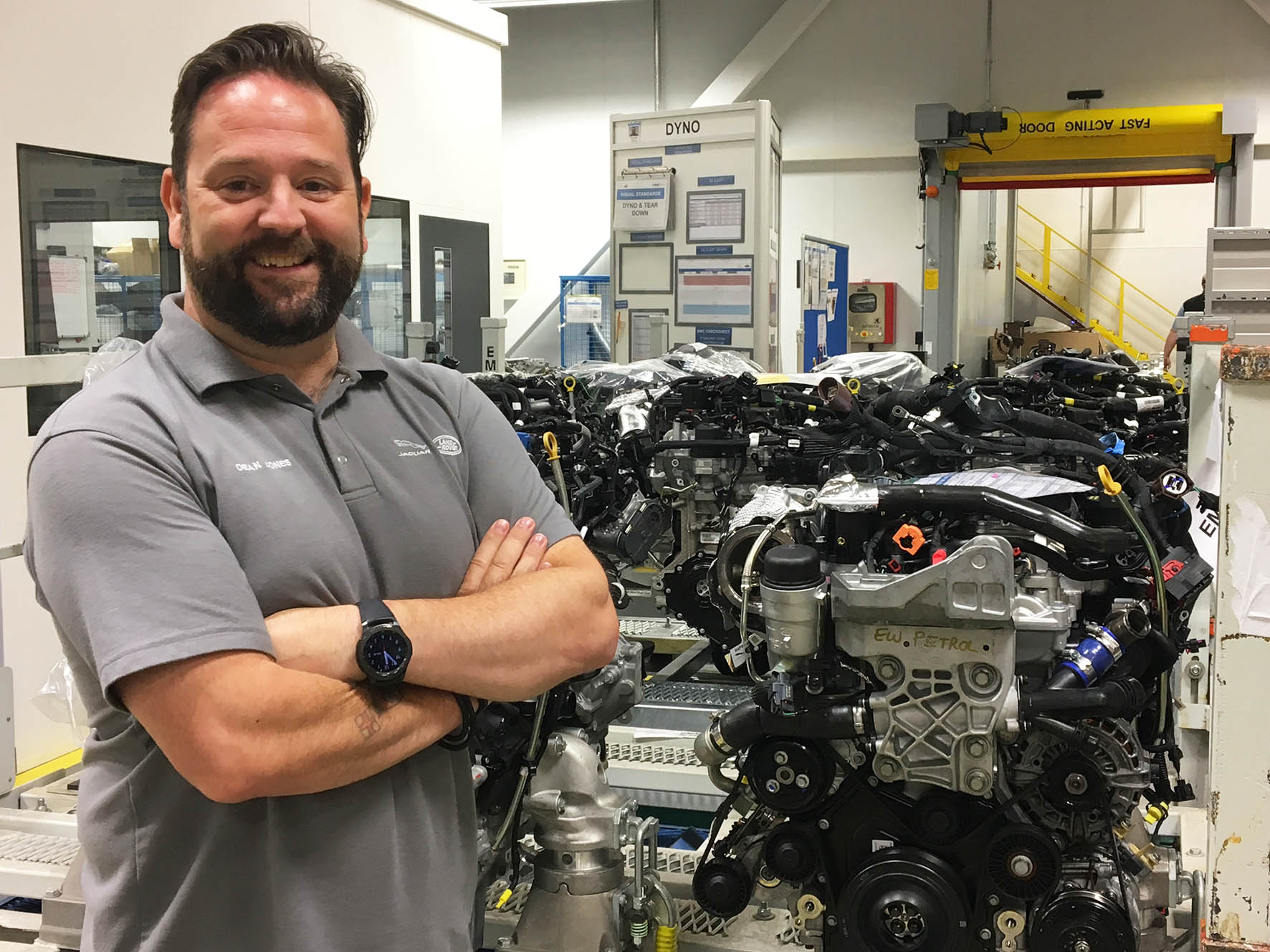 Never be afraid to ask

A Saturday afternoon Twitter conversation between three lifelong friends has led to the creation of an online support initiative ‘Never be Afraid to Ask’, which aims to remove the stigma around mental health and really make a difference. It’s already saved a life.

One of the brains behind the initiative is the EMC’s Dyno and Engine Investigation Team Leader Dean Jones. He’s worked at the EMC for over four years and has lived in Wolverhampton all his life.

Married with three children and two step-children he’s faced his own struggles with mental health, after a serious back injury led to him having an operation and time off work. It’s this experience and that of his friends Phil and Andy, which motives them all to want to make a difference

“During my illness I went through a lot of emotional stress. I hid my pain from pretty much everyone.

“I really enjoy my job and I just didn’t want to let my team, or the management down, but it got to the point where I was in so much pain I had to call an ambulance and I was admitted to hospital straight away.

“Not long after I had a Lumbar Discectomy and had to take six months off work. I’m on a phased return now, but I was so worried about the operation; I could have been paralysed, and thought I might lose my job, I let it get further than I should have before I asked for help.

“That worry didn’t stop until I got a ‘polite’ call from my process leader. He’d seen an email from me just hours after my operation. He told me to stop ringing and emailing him and concentrate on getting better. (I think those were his words anyway!)

“Depression is like being in a bubble, but with assurances and help from my family and work colleagues, I was slowly able to relax and let my body recover. It’s been a long road, but I’m getting there. I’m being looked after by the Occupational Health team and everyone is keeping an eye on me so I don’t do too much.

“When I first walked back into the EMC, I shouldn’t have been surprised by the many happy, friendly faces that greeted me. It’s like being part of a family. My work colleagues and even Trevor (Leeks) took the time to ask how I was. It’s those small genuine gestures that made me realise again what a great environment we have here at the EMC.

“All three founders of Never be Afraid to Ask have struggled with mental and physical health. We just wanted to make a difference and let others know they weren’t alone.

“Very few men breakdown, have a good cry and ask for help. Instead we hide behind the ‘alpha-male’ persona.

“Never be Afraid to Ask is open to all. There’s a fine line between approaching someone and them thinking you’re poking your nose in, rather than showing a genuine interest in talking to them. We hit upon the idea of using emoji’s to symbolise that someone needed to talk and was struggling to ask.

“A person speaking for ‘I want to talk’ and two people next to each other, signals ‘I’m here for you if you need to talk’. It’s a non-confrontational way of asking for, or giving help.

“Ultimately the goal of the project is to get as many people as possible to insert one of these emoji’s in their display name on Twitter, so they can be easily identified by others. Having a conversation can really make a difference.

“The website launched on 16 May and via social media we’ve been able to reach out to a wider audience. We don’t pull any punches or apologise for the images and text that we use. However, we need to gain as much exposure as possible to let more people know they are not alone.

“We’ve had an amazing response already. As Wolves fans we’ve been astonished by the support we’ve received from other fans, we’ve approached the club to see if we can get coverage through the match day programme. We’ve also been endorsed by ex-Everton goalkeeper Neville Southall. The company my wife works for, Midland Heart, is also keenly promoting the initiatives across their sites nationwide.

“So far we’ve succeeded in our first aim to promote awareness and lend an ear.  We even saved a life, which is amazing and proof we’re doing the right thing.

“We’d like to encourage more people to  open their eyes and realise if someone is having a difficult time.“

There's a lot of stigma attached to men's mental health. I call it the 'take a cup of concrete and harden up' attitude... 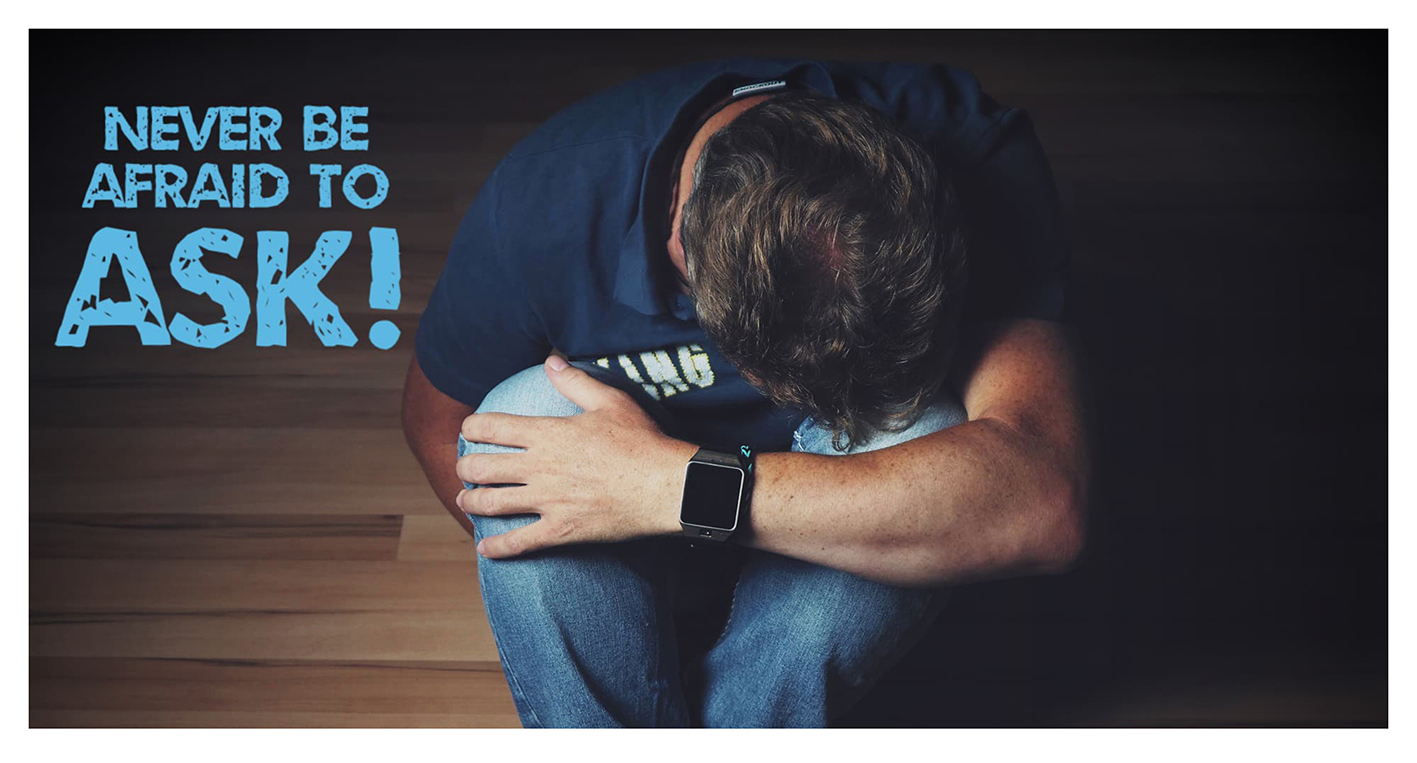