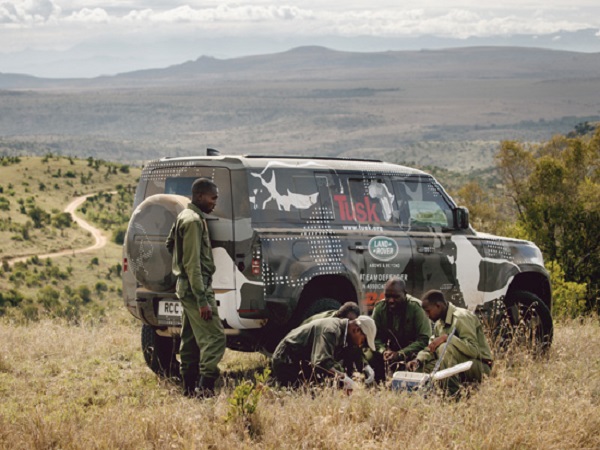 In a series of real-world tests, the prototype vehicle, fitted with an integrated raised air intake and unique camouflage, was put through its paces as it helped operatives carry out their lion conservation work at the 14,000-hectare Borana Conservancy in northern Kenya.

This isn’t the first time Land Rover has put a prototype vehicle to the test in the region. In 1948, almost 50 first pre-production Series models were tested and developed in East Africa.

Nick Collins, Jaguar Land Rover’s Vehicle Line Director, said: “We are now in advanced stages of the new Defender’s testing and development phase. Working with our partners at Tusk in Kenya enabled us to gather valuable performance data.

“The Borana reserve features a range of challenging environments, making it a perfect place to test to the extreme the all-terrain attributes of the new Defender.”

Having been an official partner of Tusk for 15 years, the Defender was supporting the charity with its lion conservation program. Tusk has named 2019 as the Year of the Lion, to raise awareness of the critical situation the animal faces in Africa.

The prototype vehicle was used by the world-famous snapper, as he tried to locate and get close enough to a pride of lions.

David said wildlife photography is all about access and getting yourself in the right position. To do that you need the right vehicle, adding:

“Defender has been synonymous with adventure and conservation since the first Land Rover debuted in 1948, so it’s fitting that one of the first official tasks for the new Defender has been to shine a light on the dangers faced by lions in Africa.”

Tusk Chief Executive Charles Mayhew MBE said the charity wants to raise the world’s attention to the alarming decline of the lion’s population in Africa.

“Fortunately, within the Borana Conservancy, there are a number of prides of lion,” he adds. “And tracking and monitoring their movements across this vast and tough environment is vital in order to protect them and reduce any conflict with neighbouring communities.”

The work the reserve carries out spans from supporting communities and education through to protecting habitats, saving endangered species, and ensuring human-wildlife co-existence is achievable.

The Borana reserve is home to some of the world’s most vulnerable species including elephants, black rhinoceros, African wild dogs, Grevy’s zebras and some of Africa’s most fearsome predators. 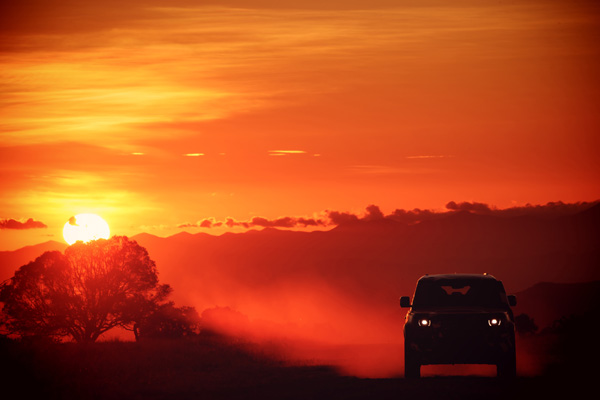 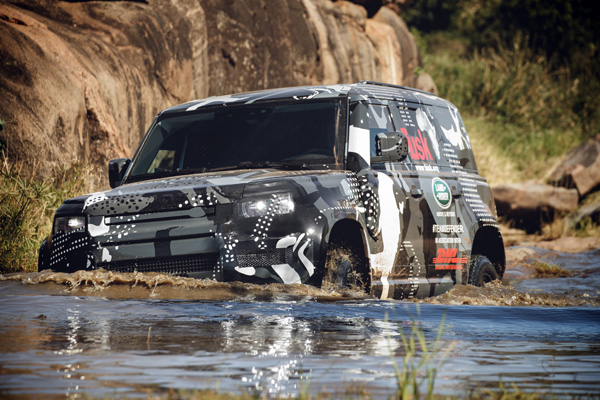 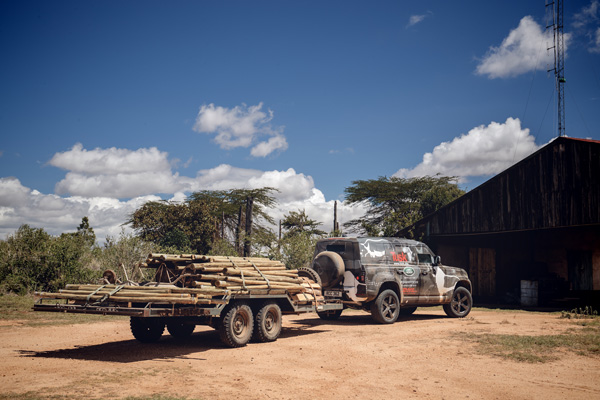 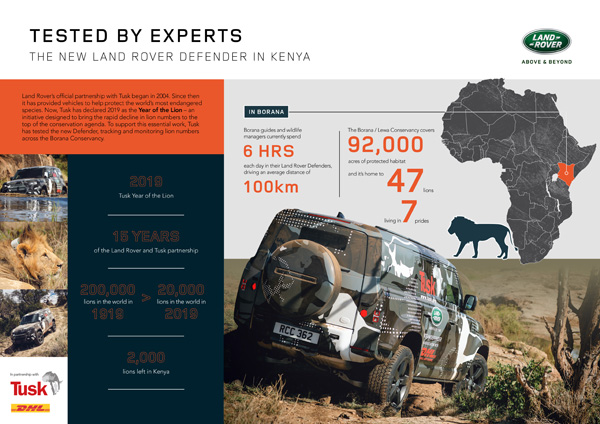 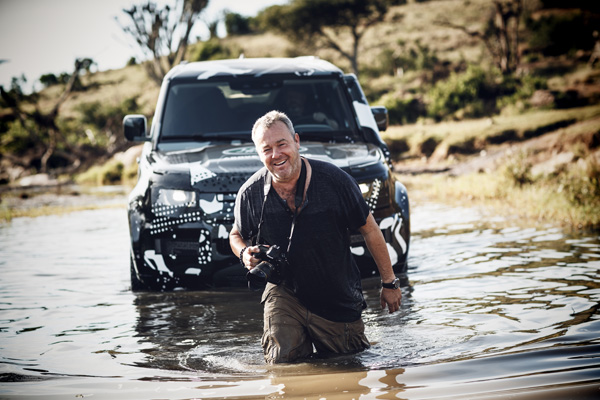