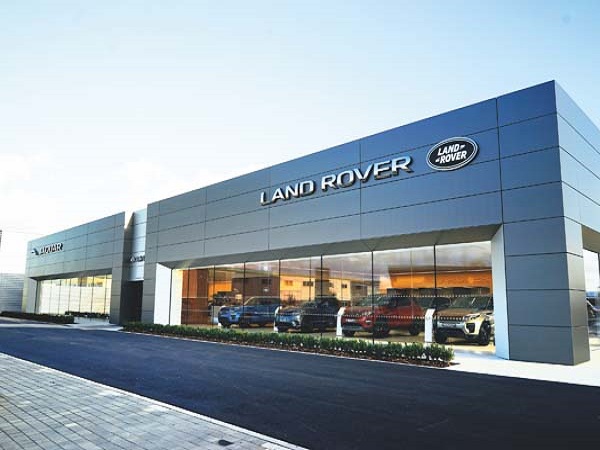 Jaguar Land Rover today reported total retail sales of 45,180 vehicles in April 2018, up 11.9 per cent year-on-year. Sales were primarily driven by the introduction of new models including the Range Rover Velar, Land Rover Discovery and the Jaguar E-PACE.

Retail sales for April were up significantly year-on-year in China (28.9 per cent), the UK (25.9 per cent), Overseas markets (21.3 per cent) and North America (2.5 per cent) but down in Europe (-10.2 per cent), with continuing uncertainty over diesel in the UK and Europe.

“In the month of its 70th anniversary, strong Land Rover retail sales were assisted by the completely refreshed Range Rover and Range Rover Sport line-up, including our plug-in hybrid option. Demand for the Range Rover Velar, the freshly crowned world car design of the year 2018, remains buoyant.

“It's pleasing to see a marked improvement in the UK. This is mainly due to two all-new models now being on the market but also an artificially low April 2017 caused by taxation changes. The legislative uncertainty around diesel and the resulting lower demand in the UK and Europe continue to have a negative impact on our business.”

Jaguar retail sales were 13,289 vehicles in April, up 8.0 per cent on April last year, thanks to the introduction of the E-PACE and supported by sales of the new long-wheelbase XE L from the company’s joint venture in China. This success was partially offset by lower sales of the F-PACE and other models. The Jaguar I-PACE is now available to order with retail deliveries expected to begin this summer.

Land Rover retailed 31,891 vehicles in April, up 13.6 per cent year on year. This was led by the introduction of the Velar and the new Discovery, partially offset by lower sales of the Evoque and Discovery Sport. Sales of the refreshed Range Rover and Range Rover Sport (including PHEVs) are still ramping up.

Jaguar Land Rover total retail sales for the calendar year-to-date were 217,889, down slightly year-on-year (-0.9 per cent) reflecting the lower year-on-year retails in the first quarter (January-March 2018), primarily in UK and Europe.