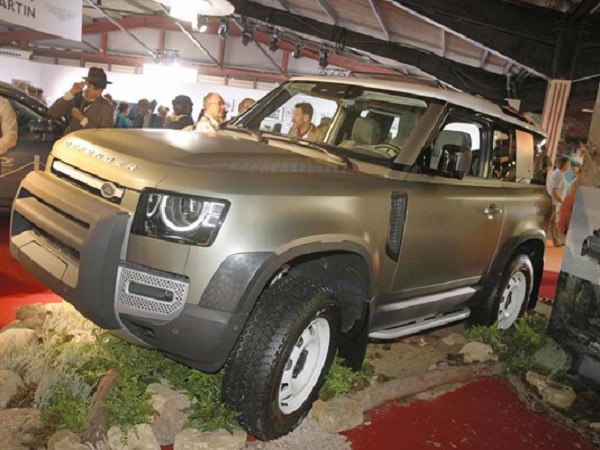 The ‘missing’ 1948 launch Land Rover Series I and the New Defender grabbed all the attention at Goodwood Revival last weekend.

Just days after being revealed at the Frankfurt Motor Show, a Defender 90 made its UK debut alongside the Series I pre-production vehicle, which recently had undergone a sympathetic restoration by a team of experts at Land Rover Classic.

“The Revival is an event that creates an absolutely authentic cross-section of life up to 1966 in which Land Rovers were a key part of everyday life from that day to this. It is a really exciting opportunity to see the spirit of the times and of that wonderful vehicle being carried forward into the future by the new model.”

The Land Rover duo were in illustrious company as they joined star cars of yesteryear from the likes Aston Martin, Ford, Maserati and Mini.

Getting the ‘missing’ Land Rover up to scratch

Michael Bishop, Land Rover Classic Build Engineer, said: “Bringing this historically important Land Rover back to life was a huge challenge, given its wear, tear and decay from the elements since the 1960s. But also it was a real pleasure.

“Being able to open up our archive and revisit the original Land Rover engineering programme from over 70 years ago was a great privilege for the whole team.”

To bring this pre-production Series I to life again, the technicians used a mixture of traditional skills, original drawings and 21st century technology.

The ambition was to return the vehicle to its correct specification, including its left-hand drive configuration, prototype braking system and all-wheel drive controls.

Returning the Series I to its pre-production origins

The team faced a number of challenges, chief among which was returning a vehicle to the road for the first time since the 1960s. Before the restoration could begin, they had to strip the vehicle down to its bare chassis, and test which components could be reused and rebuilt after decades of decay and rust.

In doing so they found a hidden memento under the galvanised capping of the rear tub – an original King George V sixpence coin from 1943.

After analysing the vehicle, the technicians found the rear axle showed signs of extreme damage and fatigue. To understand the extent of the problem, the original part was x-rayed and depth-tested to see if it would be strong enough to keep, rather than be replaced. During the process, even the original axle number was uncovered, which was believed to be lost.

Another area of focus was the pre-production vehicle’s through-dash selectable 4WD system controls. They were replaced for a simpler set-up when the Series I went into production. The original combination of rods, levers and linkages were reinstated on the vehicle.

Pre-production Land Rovers were also fitted with a Lockheed braking system, while customer vehicles featured Girling brakes. On the ‘missing’ Series I the system had been replaced, so the Land Rover Classic team restored the authentic design.

Referencing drawings from the time, they recreated master and wheel cylinders, drums, pads and backplates, before the brake pipes were carefully hand-fitted to match the routes followed on the original vehicle.

Recreating the finer details of the pre-production Land Rover

To give the ‘missing’ Land Rover full authenticity, the team worked with the Forestry Commission to replace the ash elements on the back of the front seats like-for-like.

They also went to great lengths to reinstate the missing badge. By digitising a photo of another Land Rover at the 1948 show and using computer-aided design, the technicians were able to create an accurate replacement.

Other work carried out included minor repairs to the original body panels to remove tears and sharp edges. Where they needed to be replaced, original 2mm thick aluminium unique to the pre-production models was recreated, and painted in light green matched from the underside of the original seat base. These parts were then aged to complement the vehicle’s patina finish.

Land Rover Classic’s extensive archive of original drawings were used by the team to help restore a number of parts that had been replaced or removed, including a fully re-built engine using specially-made, pre-production-specification, high-compression pistons. As well as the original routing and mounting system of the exhaust, the brass wheel hubs, the gearbox and transfer box.

After its appearance at Goodwood Revival, the ‘missing’ pre-production Land Rover Series I will join the active vehicle collection at the Classic Works facility in Coventry. 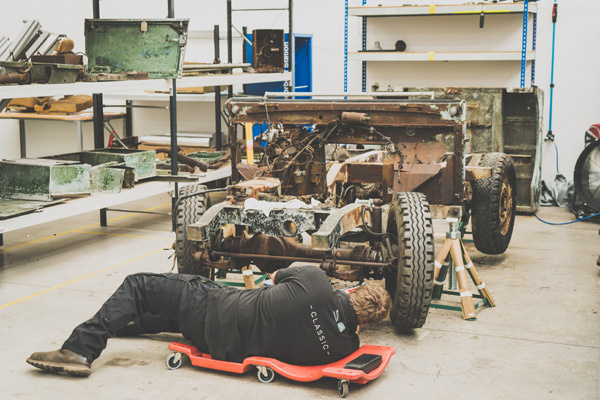 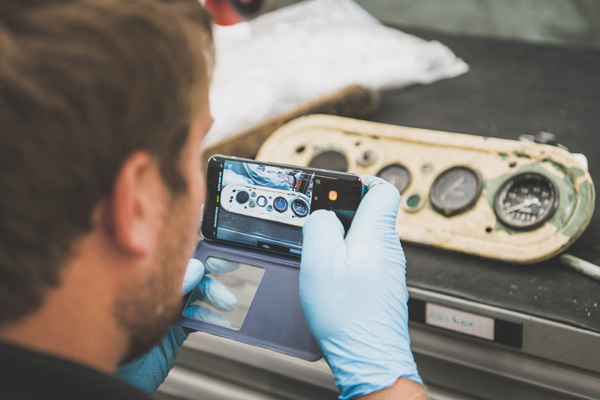 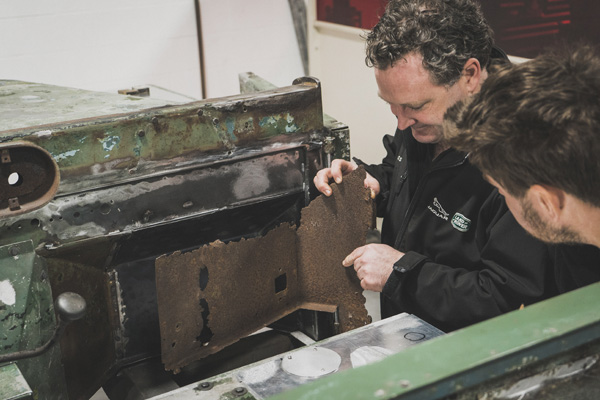 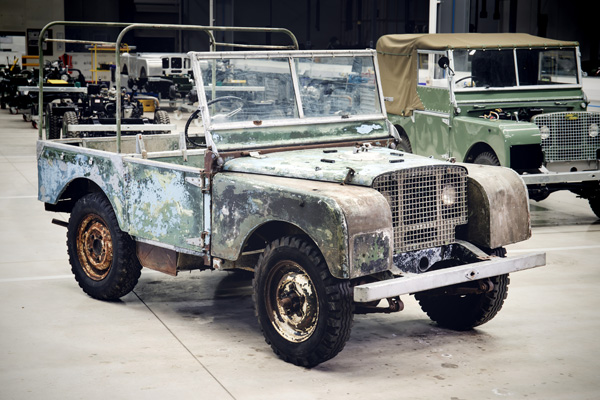 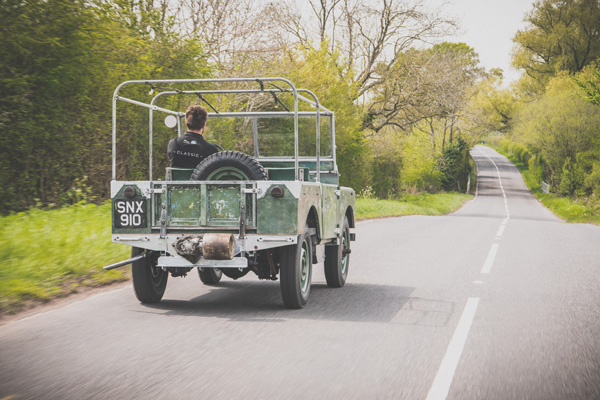