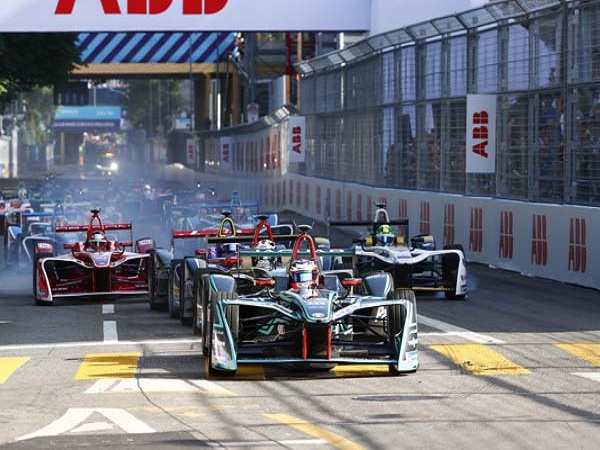 Panasonic Jaguar Racing is hoping to finish its second season on a high as the series heads to the Big Apple for the final two rounds.

Racing around the streets of Brooklyn, New York, the team is in optimistic mood as it looks to finish in the top five of the team standings. Ahead of the double-header, Team Director James Barclay, said he has been proud with all the team’s development and improvements throughout the season, adding:

“We are hopeful we can continue with strong performances from Mitch and Nelson on the track in Brooklyn and solidify our position as one of the top five teams in the championship.”

Attempting to snare as many points as possible against the backdrop of the Manhattan skyline, Mitch Evans is ready to build on winning the team’s first ever pole position in Switzerland, adding:

“It has been incredible to see the team go from strength to strength. And after securing Jaguar’s first ever Formula E pole in Zurich, I’m ready to put in a strong performance in New York.”

Coverage of the New York double-header is live on Channel 5 on 14 and 15 July, and you can do your bit to support the team, as FanBoost for the first E-Prix opens at 17:00 BST on 9 July and closes at 15:40 BST on 14 July. The second race’s voting opens at 23:00 BST on the Saturday and closes during the race in the Sunday. Tweet your boost using #MitchEvans or #NelsonPiquetJr and #FanBoost, or visit the Formula E website.

Do you have a burning question for the team? Amanda Stretton, Team Presenter, will be asking a selection of your questions to the team in New York, so make sure you visit Get On The Grid to submit yours and stay tuned to find out if it’s answered.