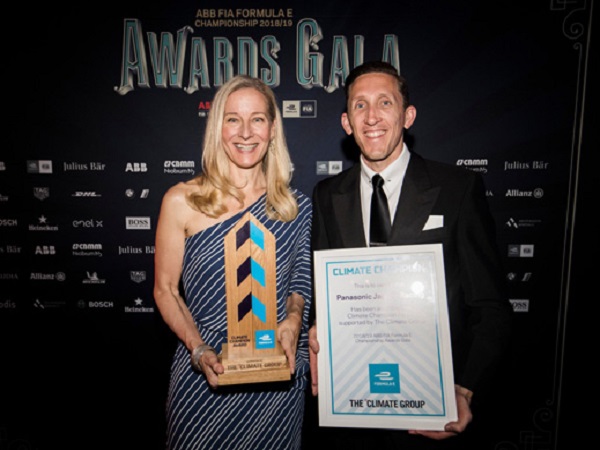 Panasonic Jaguar Racing became the first winner of the Climate Champion Award during the Formula E end of season celebrations in New York.

Just hours after Mitch Evans missed out on the drivers’ title, the team was recognised for its race-to-road technological philosophy.

Judges acknowledged that Jaguar is demonstrating rapid advancement in electric vehicle technology through the I-PACE eTROPHY Championship, as it allows fans to buy a production version of the all-electric SUV that has taken to the race track this season.

Helen Clarkson, CEO of the Climate Group – who sponsor the award, said: “This award celebrates the team that is accelerating climate action, and Jaguar is truly a Climate Champion for their work in the electric vehicle revolution.

“Jaguar plays an important role in increased demand for clean transport; their commitment and drive towards an electric future is the ambition all businesses should follow in order to achieve a cleaner planet.”

Panasonic Jaguar Racing’s Team Director James Barclay was on hand to collect the award on the night and said, the I-PACE pioneered the move to a clean, safe and sustainable future, and is at the forefront of the EV revolution.

“What the Panasonic Jaguar Racing team learn on the track will directly benefit Jaguar’s future electric vehicles,” he adds. “They will feature innovative technologies, improved performance and be even more efficient. Jaguar’s move towards Destination Zero will safeguard the future of motorsport, mobility and the planet.

“We are incredibly proud to be the first recipient of the Climate Champion Award.”

ABB FIA Formula E works with the international non-profit organisation, the Climate Group, to spread the message of EV100. 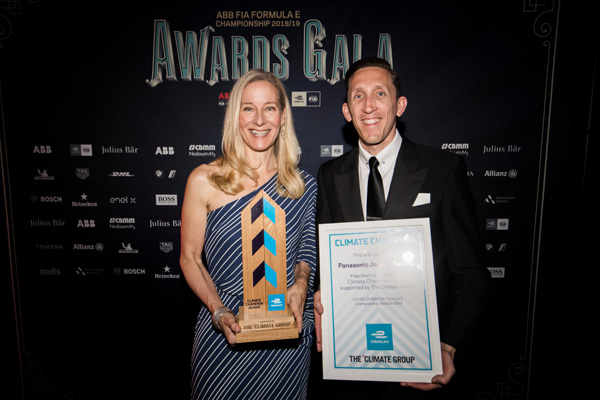 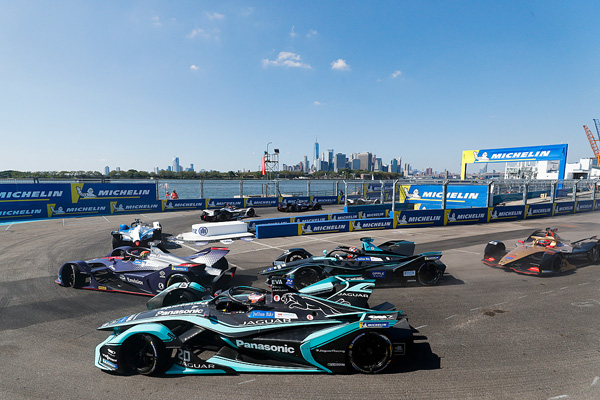 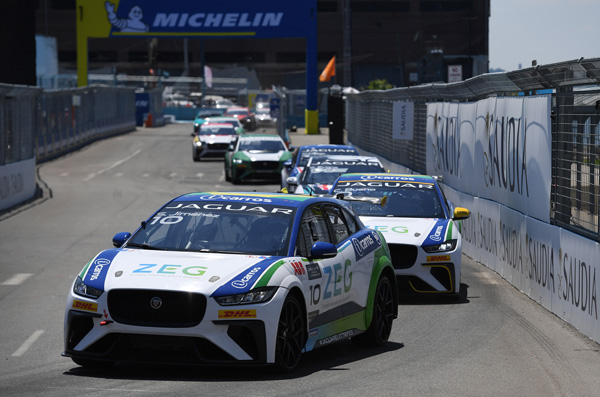