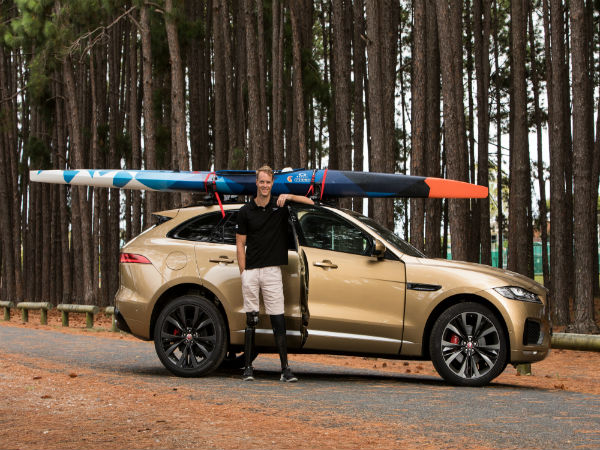 Jaguar Australia has named Paralympian Curtis McGrath as a new ambassador for the brand.

The former soldier who lost both his legs in Afghanistan in 2012, who is also an ambassador for the 2018 Sydney Invictus Games, started his sporting journey in the outrigger canoeing discipline.

In 2015, the 29-year-old switched to sprint kayaks establishing himself as one of the world’s best, by winning the Paracanoe World Championships in Moscow in 2014 before representing Australia at the Rio Paralympics in 2016.

Curtis who is currently preparing himself for the Paracanoe World Championships in Portugal in August, said he was surprised to be offered an ambassadorial role for Jaguar Australia, adding:

“It’s a great feeling being appointed Jaguar’s ambassador and I’m proud to be associated with the company. Jaguar’s support for the Invictus Games is outstanding and what the company does for military veteran community is great.”

Curtis selected the Jaguar F-PACE First Edition as his ambassadorial vehicle, which is finished in optional Halcyon Gold paint. Setting the car aside further is the professionally-hand control system which allows him to accelerate and brake via several buttons, which he likens to using a games console controller.

He adds: “In a relatively short period of time Curtis turned what could have been a personal, life-changing disaster into ongoing outstanding achievement. We are not only proud to be associated with him but pleased that he has become an ambassador for the Jaguar brand as well as for the Invictus Games.”