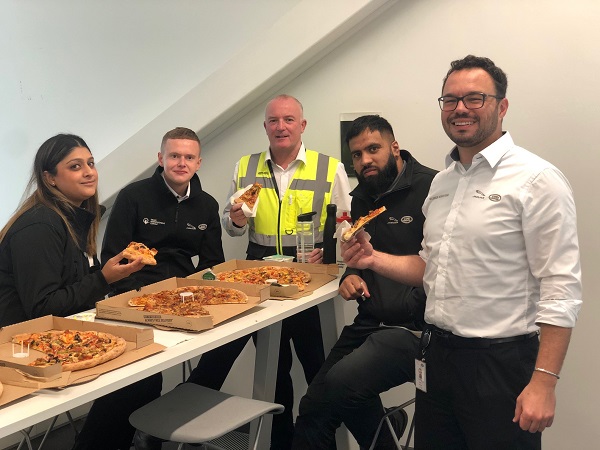 EMC’s Kleber Bonitese has proved out the theory that food is a universal language after using pizza to help him break down language barriers between himself and his team.

Three years ago, Kleber made the brave leap across the Atlantic to come and work in Jaguar Land Rover’s UK facilities to help develop his skills and his career.

The journey took him from his base in Brazil to (not quite as sunny) Wolverhampton where, new in role, he had to start building new relationships with his new team.

One of his biggest barriers though was a language one. A native Portuguese speaker, he found difficulties communicating with his team seeing as English wasn’t his first language.

Determined to break the ice and create good working relationships within his team, Kleber set up a challenge for them and asked for their support in bridging the gaps in his use of English.

Every time he mispronounced a word or had an issue communicating what was needed, he encouraged his team to tell him in exchange for a ‘point’.

If they hit 30 points he would buy them all pizza for lunch and he said the exercise not only helped him communicate in his second language but also brought him and his team closer together.

He said: “When they realised that I was open to being challenged it built a trust and we’ve developed a great relationship from that.

"Now, in many other instances, my team feel comfortable to challenge me and be honest with me and vice versa.”

Not only has this created an honest working relationship within Kleber’s team, it means they take time out every now and then to enjoy lunch together and they pay a lot more attention to what their manager says (as they are keen to earn points for pizza).

They’ve even used it as an opportunity to get more familiar with the recently launched Office 365 software as they use TEAMS to host their ‘points tracker’ and offer each other support on the chat tool.

Kleber’s MP&L colleagues have even gone a step further and done a circuit around Wolverhampton’s finest pizza outlets and ‘Kleb’ returned the favour by organising a barbecue over the summer where he grilled Brazilian style steaks for the team in Cannock Chase Park.

He added: “I was able to show the team that I had imperfections and that I was relying on them to improve.

"This broke down a wall between us and made us all a lot closer and we’ve gained some fantastic experiences from it.”

“When my team realised that I was open to being challenged, it built a trust and we’ve developed a great relationship from that.

"This broke down a wall between us and made us all a lot closer and we’ve gained some fantastic experiences from it.” 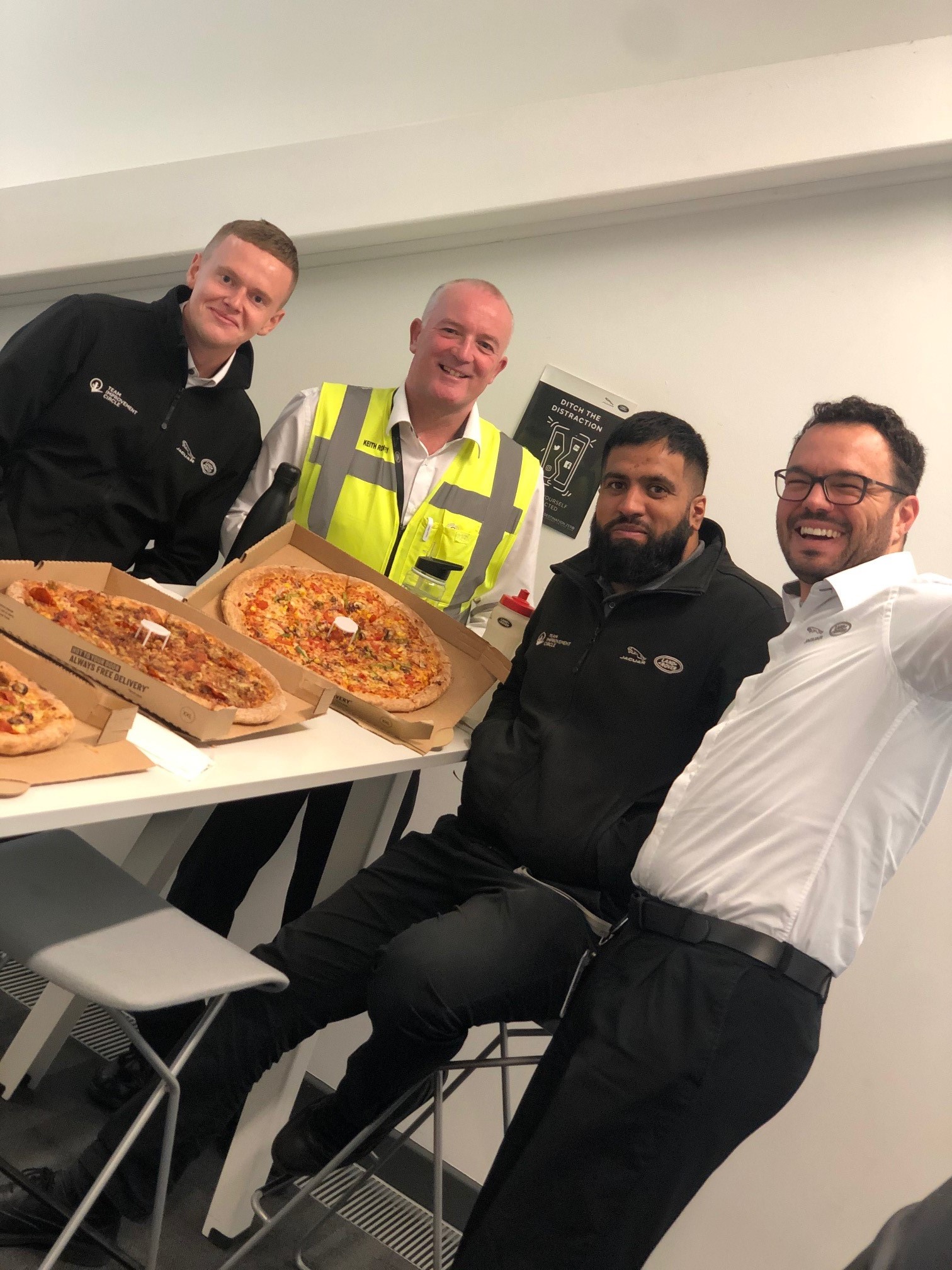 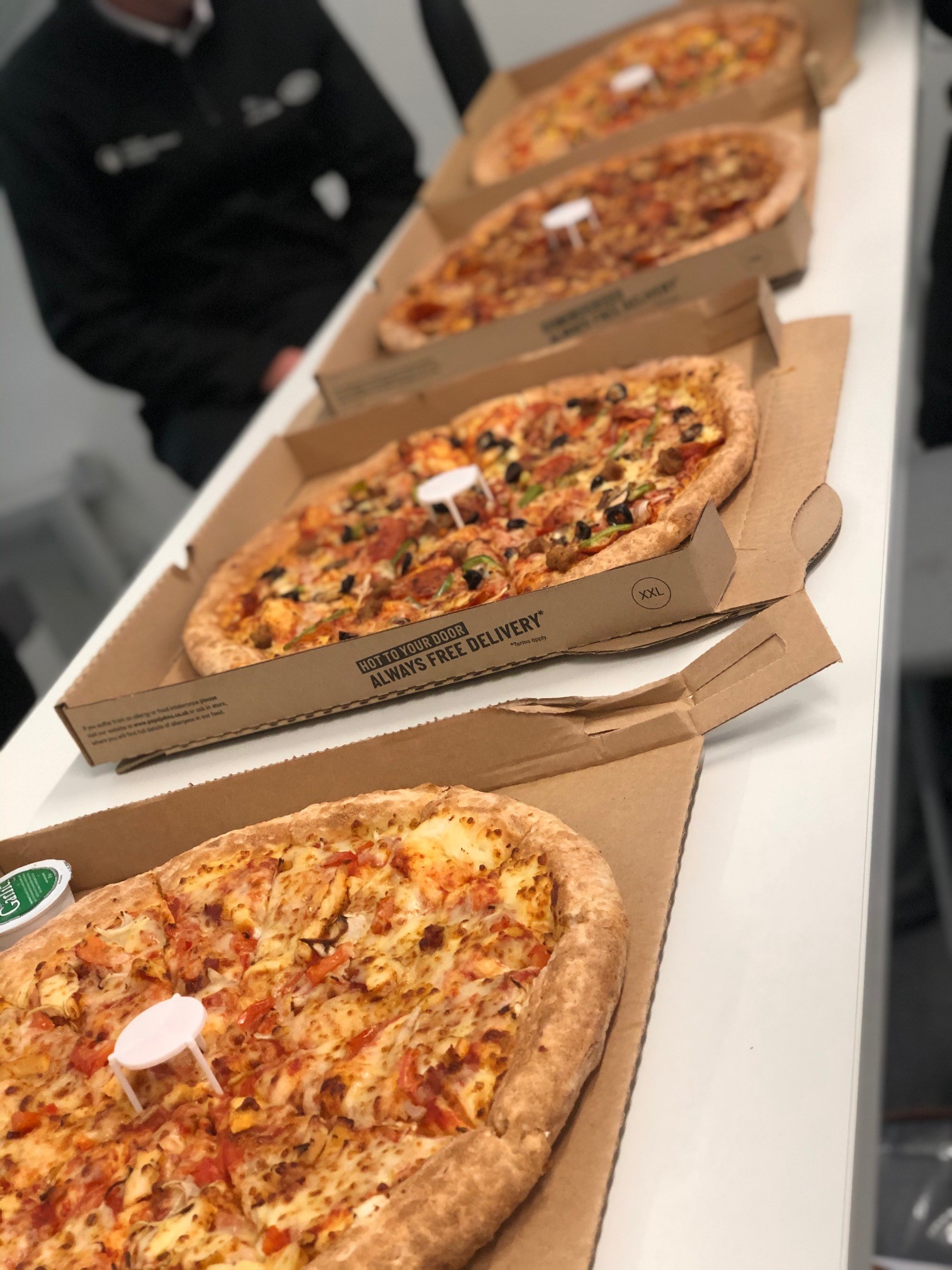 View more
7
On the trail of the Incas: Land Rover Experience Tour Ends in Machu Picchu