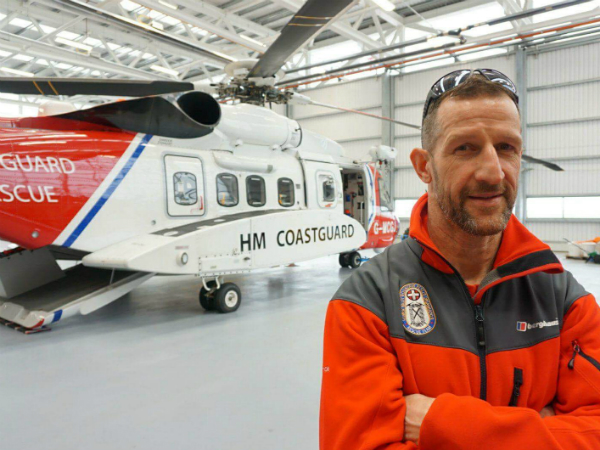 When he’s not busy working as an engineer in Halewood Body Construction, Martin Wall is most likely to be found scaling some of the tallest mountains in North Wales.

As a volunteer with the Ogwen Valley Mountain Rescue Organisation, the experienced mountaineer has rescued hundreds of people, including some of his own colleagues from Jaguar Land Rover.

So, when the mountain rescue team’s 14-year-old Land Rover Defender started showing the signs of its age, he decided to see if his workplace could help out.

Now, Martin, who was a Reservist with the British Army before joining JLR, will be handed the keys to a new home built Discovery Sport, donated to the mountain rescue team as part of JLR’s Motorvate scheme.

If we hit our absence targets through Motorvate we receive funds to give to causes that are important to you, we have a prize draw to give a Jaguar E-PACE away to a colleague and we can also nominate charities like this one that we think would benefit from one of our cars.

Martin, who has been climbing since childhood, said: “We are one of the busiest mountain rescue teams in the country and are on call 24 hours a day, 365 days a year.

“Our rescues are really varied, we can be using ropes to locate walkers or mountaineers who have fallen, supporting helicopter evacuations or saving people from the fast running rivers found throughout this area. Sadly, some of the incidents we deal with are fatal and we are sent to retrieve a body from the mountains.

“Our old Land Rover vehicle was over 14 years old, so we were in desperate need of a new 4x4 to help evacuate casualties from areas of challenging terrain where a normal ambulance can’t drive.

“This new Discovery Sport will help us to save lives by getting the casualties to safety as quickly as possible.”

The mountain rescue team’s new vehicle might even come in handy to save some of the team which helped to build it, if history repeats itself.

Back in December 2018, Martin was co-ordinating the rescue of a couple who were lost in the dark near the summit of Glyder Fawr. When they were found it turned out the man was one of Martin’s colleagues in Halewood.

Also in 2018, the mountain rescue team received a call that two men had not returned home after going out walking near the summit of Carnedd Daffydd.

With night falling and the weather taking a turn for the worst, the team headed out in a Land Rover Discovery, which they had borrowed from the national mountain rescue team.

Thankfully, they discovered the lost walkers and as they led them back to the safety of the Land Rover, one of the men laughed when he saw the car and told the team he builds cars for JLR Halewood.

Martin added: “They aren’t the first colleagues we’ve rescued and I’m sure they won’t be the last.

“There’s definitely something satisfying about the cars we make at Halewood being used to rescue the people who made them.”

Don’t miss our next edition of PTM – where Martin will be receiving the keys to the new Discovery Sport!