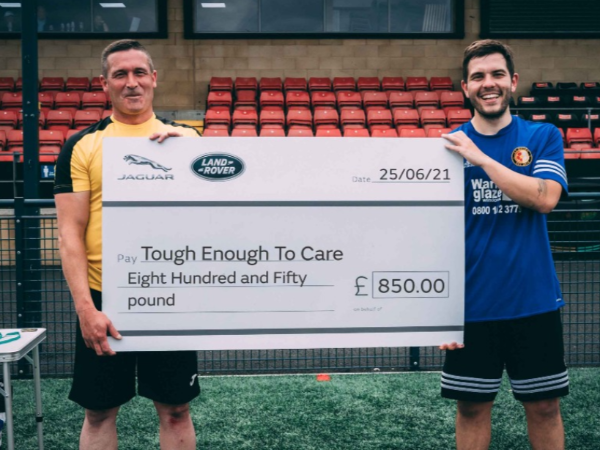 Plant Quality recently experienced the sweet, sweet taste of victory on as they defeated a determined D7a Trim and Final team to secure bragging rights at the second most hyped football tournament of the summer.

There were a number of players making a return foray back into the beautiful game following an extended break and even some coming out of retirement for one last stab at footballing glory.

Once the cobwebs had been blown away in the opening games however, the group stages offered up some lively competition and the intensity stepped up a notch or two with Plant Quality, MP&L, Press Shop 2 and D7a T&F all making it through to the semi-final knock out stage of the competition.

However, after a hard-fought contest in the semis, ultimately MP&L failed to deliver and the team from Stampings found themselves hard pressed to advance into the next round, leaving D7a Trim and Final and Plant Quality to contest the final.

In the end, after a gruelling afternoon of football and some fancy footwork the PQ team just had that extra bit of quality with Jamie Fisher and Mash, aka Matt Henry banging the goals home to see them named champions, we presume sparking joyous scenes of celebration on the CAL line earlier today as the team welcomed back their triumphant heroes.

However, the real winners we’re obviously both football itself, and the fantastic local charity that we raised in total £850 for through player’s subs and a pledged donation from Castle Bromwich’s charity committee.

The charity is aimed at all ages, predominantly men who fall into the trap of thinking they have to act macho instead of talking about their mental health and feelings, their main aim is to prevent male suicide, something I'm sure we can all agree is a fantastic and worthwhile cause.

A huge thank you to all the players, the referees and everyone who helped organise the event.

We’ve got Ben Harrison to thank for the awesome photos taken on the day, some of these are featured in the gallery below.

Thanks to everyone involved for an excellent afternoon, hope to see you all at the next one.