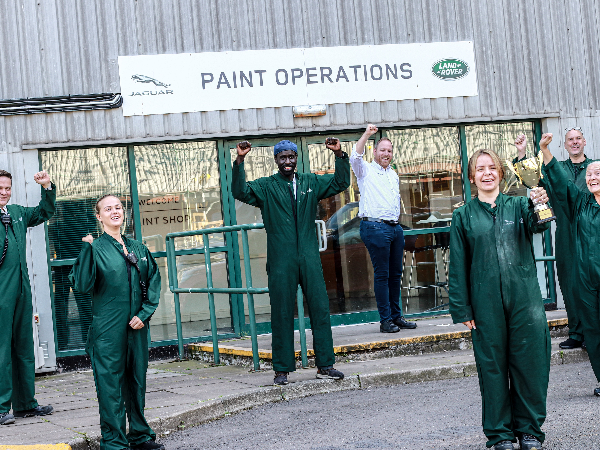 In our Paint Shops, the substances we use in our daily routines can have a significant impact on the quality of our paint finish. One team from Solihull's Paint Shop have set themselves the target of improving quality by reducing defects caused by everyday toiletries.

Substances like face creams, hair gels, body sprays and make-up that we might use before work can all cause serious paint defects once we arrive in the Paint Shop.

This can lead to the paint defects needing to be rectified – sometimes through costly rework.

At Solihull, one team has set themselves the task of investigating the issue. Led by Annie Rathbone, Ousman Dibba and Mark Hatfield, the team first set about carrying out a series of plate tests to investigate the effects of common everyday toiletries over time. The results were quite surprising.

Armed with this information, the team could start raising awareness among teammates that the chemicals in the products they use before work can have a big effect on quality.

Through holding engagement sessions with colleagues, the team also organised for a trial across the paint shop where colleagues were invited not to wear make-up. The results were analysed, and the level of paint defects detected appeared to reduce during the trial.

Ousman said, “The results suggested that wearing make-up could increase the number of defects. So, armed with that information, colleagues can make an informed choice about how the get ready before work.”

Despite their great work already, the team feels there is still plenty to do to raise awareness of the issue and find further preventative measures.

Mark commented, “Besides the colleague engagement sessions, we’ve been making the most of downtime to clean the paint booths, and are even investigating improvements to our sanding extraction system.”

A HUGE well done to Annie, Mark, Ousman, Chloe, Julie, Paul, Dave and Daniel for stepping up to the 'plate' and being obsessed about quality. Have you got an idea or a project you’re working on to improve quality in your area? Let us know at solihull@jlr-colleaguecommunications.com. 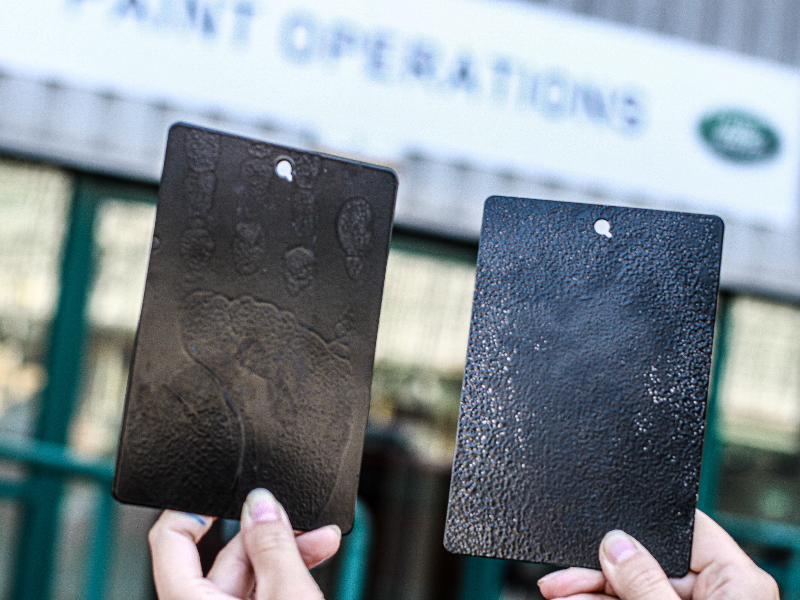 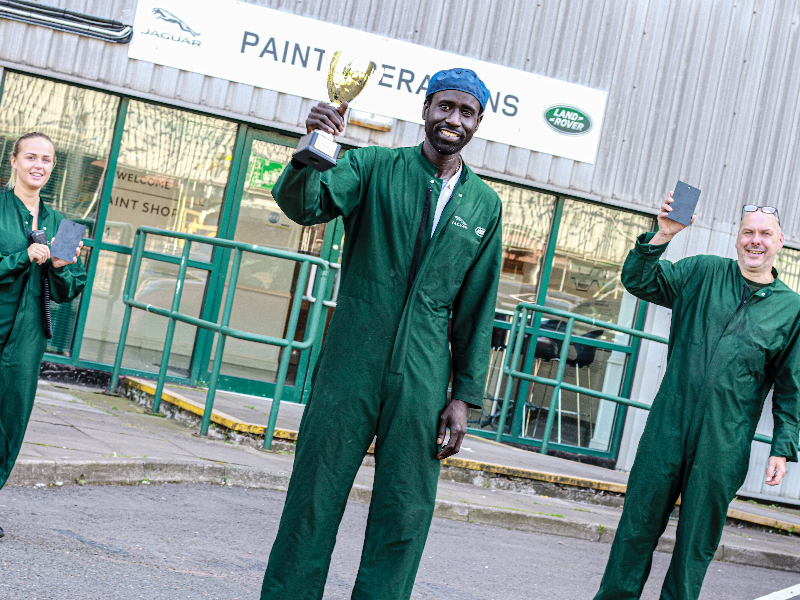 1
Reach any destination in comfort and elegance with the Evoque