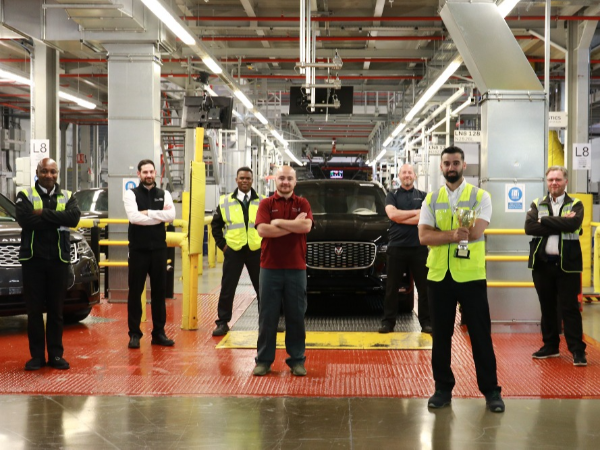 In Solihull's FA2, teams have been using their recent non-production time to transform the way they work and make sure quality and delivered cost per unit is front of mind when production resumes.

As we’ve continued to adapt our production schedules over the past months, reacting to the semi-conductor crisis, teams have been spending this time ticking off the to-do lists and making transformations.

The FA2 team at Solihull has seized the opportunity of recent non-production time to understand how they can transform their quality when they resume production.

Line 8 Production Leader, Zeb Khan, recently presented how FA2 is transforming at the War on Quality meeting. Zeb explained, “Non-production time has been a HUGE opportunity for us to stop, step back and look at how we can do things differently.”

In the past few weeks alone, the team has raised over 100 Kaizens all focused on transforming Solihull’s quality – in particular, product damage.

Zeb continued, “It’s been a real team effort from everyone in FA2 to identify improvements, implement changes and understand how we’ll measure the positive impact when we resume production. From the Associates who’ve been in, to the Group Leaders and management team, it’s been great to see everyone pull together.”

Some examples of the Kaizens raised include bumper damage prevention, new label processes, and improved tooling protection to stop damage during assembly.

As FA2 resumes production, these improvements will help the team transform their quality and protect our customers. A big well done to everyone involved.

How are you transforming quality in your work area? If you have an idea you’d like to implement, speak with your line manager today or let us know your story by emailing Solihull@jlr-colleaguecommunications.com.

View more
0
‘PRESS UP’ TIC TEAM IS RAISING THE BAR ON QUALITY!