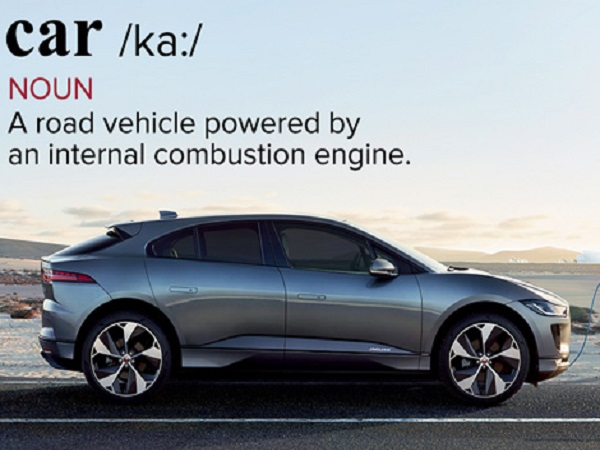 Rewriting the rules: Jaguar leads campaign to redefine what it means to be a ‘car’

Jaguar is leading a campaign to get the Oxford English Dictionary (OED) and Oxford Dictionaries.com to change their official definitions of the word ‘car’ as it currently rules out electric vehicles.

Having started the drive on Twitter in June, Jaguar is looking for support from the public on social media as it aims to get the definition updated.

Currently, the OED, the principal historical dictionary of the English language, outlines a car as: ‘a road vehicle powered by a motor (usually an internal combustion engine) designed to carry a driver and a small number of passengers, and usually having two front and two rear wheels, esp. for private, commercial, or leisure use.’

Meanwhile Oxford Dictionaries.com produced by Oxford University Press, labels a car as: ‘A road vehicle, typically with four wheels, powered by an internal combustion engine and able to carry a small number of people.’

As it stands, both definitions rule out the current European and World Car of the Year - the I-PACE. Jaguar has recommended the definition be updated to include additional powertrains including electric vehicles.

David Browne, Head of Jaguar Land Rover’s Naming Committee, says a lot of time and effort goes into naming any new vehicle or technology to make sure it is consumer friendly, adding:

“It’s surprising to see that the definition of the car is a little outdated.

“We are therefore inviting the Oxford English Dictionary and the Oxford Dictionaries to update its online classification to reflect the shift from traditional internal combustion engines towards more sustainable powertrains.”

While the OED and Oxford Dictionaries.com review the application, show your support to the cause. Jaguar is encouraging people to get behind its campaign #RedefineTheCar on Twitter, Facebook and Instagram with their thoughts about how a ‘car’ should be defined. 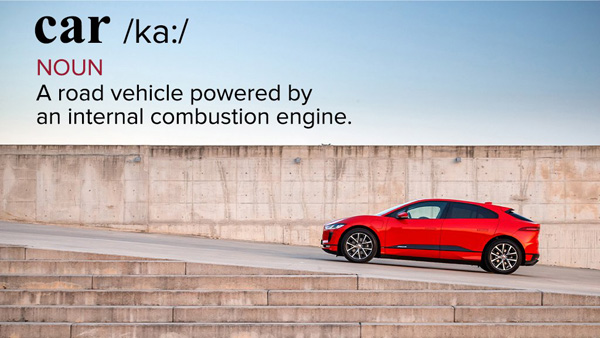 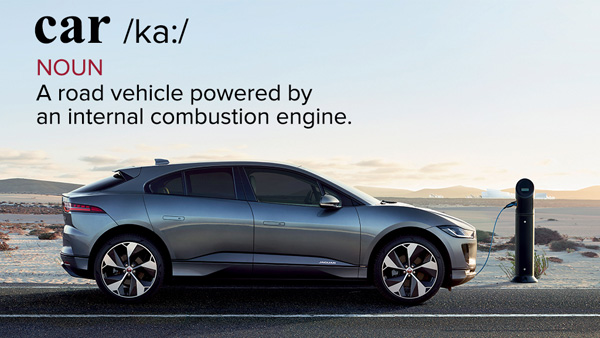