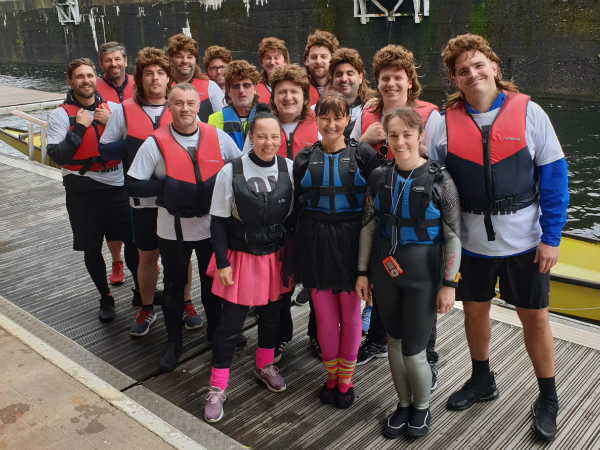 It was a very wet and windy Saturday morning on Liverpool waterfront and after some early nerves (and fearful screams from their drummer) the team’s competitive nature took over as they entered into their first race, finishing a respectful second. The second race they finished third with only 1.5 seconds separating the three boats and the third race again they took second spot.

After their times had been checked and verified they entered into a play off to see who claimed the fourth, fifth and sixth places.  The team took an early lead in the race but after some oar clashes and tiredness kicking in they finished last, giving them overall sixth position (out of nine teams).

They disembarked tired but full of pride as they received applause from fellow competitors. A great day was had by all and they all agreed that next year they’re going for the top spot.

If you’d like to donate to this fantastic cause please donate - www.justgiving.com/search?q=neil plews.