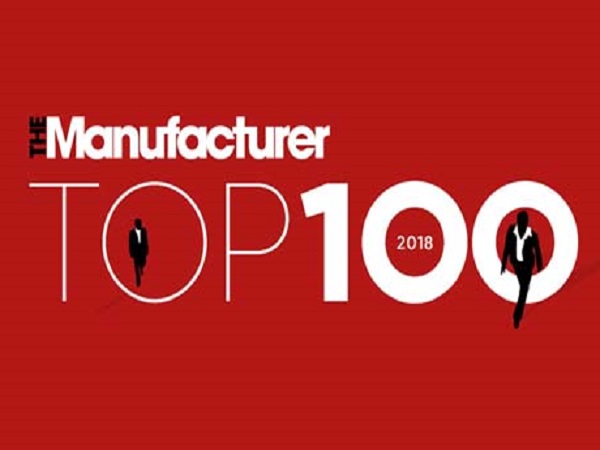 Seven Jaguar Land Rover colleagues have been recognised by The Manufacturer Top 100 for their passion and brilliance in helping the company ensure it has a bright future.

The UK magazine's list of the most inspirational individuals working in the industry were announced at a special ceremony in Liverpool.

The judging panel made up of 17 industry leaders assessed each candidate against five categories, with each listed person having their own compelling story of struggle, grit, determination and success. Nick Peters, Editorial Director of The Manufacturer magazine, said this top 100 list is a reminder of how strong and vibrant UK manufacturing is.

He adds: “We need to keep saying that, because as a nation we seem to harbour the notion that no one in the UK really makes things anymore. The truth is we do make things – we are the world’s ninth largest manufacturing nation.

“But there are too few skilled young people coming through the system. It is on behalf of that new generation that we do this.”

Read about each of our seven manufacturing heroes below.

Michaela joined Jaguar Land Rover in 2012 after graduating from Coventry University, and has developed within Manufacturing Product Integration for Pilot Operations. As a key player in the department, she was promoted after three years to Lead Build Site Coordinator, accountable for a team of four launching all new products. Now as a Continuous Improvement Lead, she is responsible for all transformational projects, having just managed the development of a new manufacturing facility and driving IATF 16949 standards throughout. This year she was enlisted on the Emerging Leaders Programme, and as a result has been part of the Talent Development Programme at Cranfield University.

Joshua is a fourth-year apprentice at Jaguar Land Rover in Pilot Operations, Trim and Final, where they build production representative prototypes for new models to confirm production readiness, and engineering testing. He has a passion for continuous improvement which he demonstrated through the Team Improvement Circle (TIC). Throughout TIC he has made a difference to his area and becoming a Circle Leader. He is proud to be part of the development of an electronic process to track efficiency of builds. Recently, he has taken on the role of Health and Wellbeing representative for his peers.

Rian is a recently qualified Automotive Electrician, working within Pilot Operations at Jaguar Land Rover. Throughout the advanced apprenticeship programme he has gained the motivation to grow as an individual. After teaching himself to code, a personal hobby, he has implemented systems in his department which have now been rolled out into the Nitra plant in Slovakia. Through continuously improving and automating processes he aims to improve the overall quality throughout the company and is determined to construct a business-wide model of these systems for similar departments to use.

Within the Pilot Operations department Lauren helps verify the bill of design and process for production intent. She was awarded Highly Commended at the regional National Apprentice awards 2018 and at EEF Future Manufacturing awards in 2015. Through her involvement with the charity Remap, she used her skill and knowledge to design and build custom-made equipment to help disabled people live more independent lives. She is involved with Team Improvement Circle (TIC), a quality initiative introduced to empower and engage employees to make positive changes. She has led a team to the regional convention and also coached teams through the TIC ten-step process.

Mark graduated from Cardiff University in 1992 and joined Honda UK Mfg Purchasing. He progressed quickly to management level, working closely with the Japanese, both in the UK and in Japan building a strong foundation in Lean philosophy. He was promoted to Director and Steering Committee member responsible for Quality, New Model, HR & Finance, before joining Jaguar Land Rover in 2012 leading Operations at Castle Bromwich. In 2015, he became Pilot Operations Director where he has led cultural change and team engagement programmes, business transformation and established a new Pilot Plant facility where new model readiness is confirmed before series production.

While completing his Level 3 BTEC extended diploma in Advanced Manufacturing Engineering, Bradley has taken part in, and mentored, two team improvement circles, giving him the opportunity to not only present to Professor Dr. Ralf Speth, but also senior managers of TATA Group. This has given him the opportunity to take on photographic and video editorial work for the communications side of the department, alongside completing his day-to-day role of process validation and parts verification, ensuring programme readiness for manufacturing.

Tom Starkey is a robotics and controls engineer at Jaguar Land Rover Halewood, currently in his final year of a six-year Higher Apprenticeship. At Halewood he works within Body Construction, responsible for overseeing the maintenance and upkeep of thousands of pieces of controls equipment, including over 700 robots, 100 PLCs, 40 safety scanners & 50 power roller beds. During his time, he has consistently looked for ways of driving the business forward, implementing new technologies and ideas in the process. He recently installed a high-level control room and condition-based monitoring systems, with the intention of making the business more efficient in an ever-evolving and increasingly challenging environment.