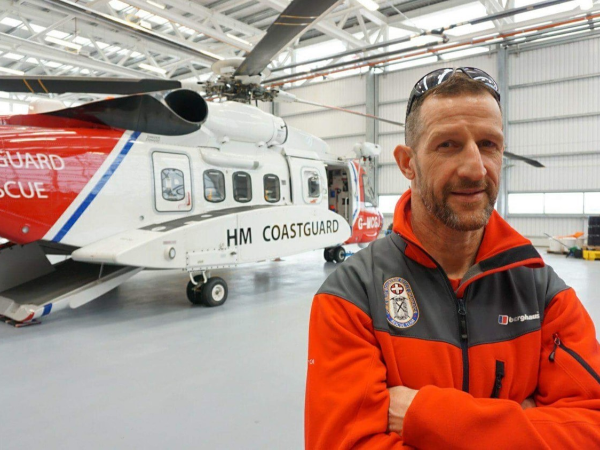 SHOWING US THE ROPES: WE SPEAK TO ROPE RESCUE TECHNICIAN, MARTIN WALL

Martin has been a member of Ogwen Valley Mountain Rescue since 2015 and shared this fantastic picture of its Land Rover Discovery Sport rescue vehicle, which was donated to the organisation by Jaguar Land Rover, as part of our employee Motorvate scheme.

Motorvate celebrates employee’s good attendance by rewarding the causes that are important to them.

Martin said: “Me and my teammates used the Discovery Sport to attend to a casualty scene after a scrambler had taken a 15-metre tumbling fall from the ridge edge at Moel Siabod, at the end of April.

“When we arrived, we helped to stabilise the casualty, who was suffering from back and head injuries, and transfer to a stretcher before the Coast Guard helicopter arrived.

He added: “The car was donated to us by Jaguar Land Rover in 2019 and has been on over 25 rescues to date. It’s ideal as the extra seats in the back means we can take up to seven passengers, so it’s big enough to get a full first response team in it.

Speaking about his role in the team, Martin, who has worked at Halewood for 20 years, said: “As well as being an experienced mountaineer, I am an emergency casualty carer, which allows me to perform emergency first response lifesaving functions and administer pain relief to stabilise casualties at the scene of an accident.

“I am also a qualified rope rescue technician, so I am able to set up rope systems to rescue scramblers and climbers who are stuck or injured high up on the steep cliff faces, in the mountains of Snowdonia.”

Asked what he likes best about being a volunteer for Ogwen Valley Mountain Rescue, Martin, who was a Reservist in the British Army before he joined Halewood, said: “For me, being on a mountain is my comfort zone. I have years of experience in mountaineering and climbing through my training with the Reserves and am also a qualified rock-climbing instructor and mountain leader.

“So, having the chance to rescue somebody and use those skills to make a difference to that person and their family is a very unique opportunity, which is why I love being part of the response team.

“I’ve been on over 100 rescues now and it’s so different to the day job because as soon as you get that text to say you are needed at a scene, everything drops, and it becomes the number one priority.

“It’s been fantastic to have the support of Jaguar Land Rover over the years, as not only have they donated a car to Ogwen Valley Mountain Rescue, through the Motorvate scheme, the company has always supported me if I’ve had to take a day off a short notice after helping on a rescue.

“So sometimes, if we get a call late at night to attend to a rescue, we often don’t get back home until the early hours, so rather than come into the office, I’ve been given the flexibility to take time off or work from home, which enables me to support the team at Ogwen Valley as much as I can.”

“The car was donated to us by Jaguar Land Rover in 2019 and has been on over 25 rescues to date. It’s ideal as the extra seats in the back means we can take up to seven passengers, so it’s big enough to get a full first response team in it.