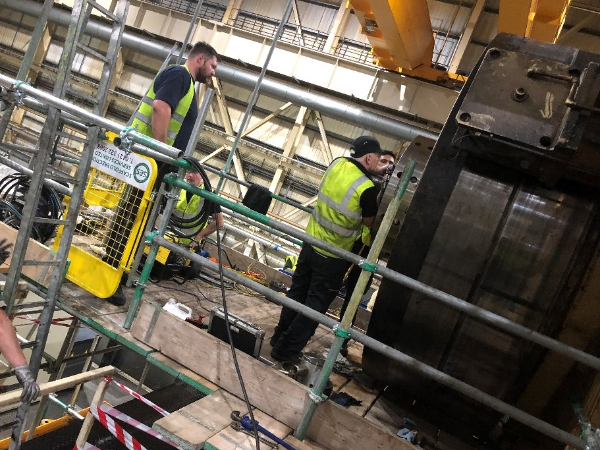 The Solihull press shop produces some of the biggest aluminium body panels in Europe, which means any repairs usually take place on a similarly grand scale. Earlier this month, a mammoth effort saw team of experts from Solihull and Castle Bromwich work around the clock to change the 32-tonne flywheel bearing in just four days – saving the business around £80,000!

With only one press producing panels for every vehicle built at Solihull and limited space to hold stock, keeping the machine up and running is vitally important for production. Earlier this month, teams in the press shop noticed a rumbling noise coming from the machinery.

After some initial investigations, the maintenance team performance a routine motor change. But, with the issue persisting, further detective work revealed that the machine’s flywheel bearing –  within a 32-tonne, 8-foot piece of kit hidden away at the very back of the press – needed replacing before it could deteriorate.

The £30,000+ replacement parts usually requires a 12-month lead time. But, thanks to some earlier forward thinking, the team already had the critical spares lined up in replacement.

The first challenge was finding a window for the repair which would work around current production challenges. Eventually, with timings agreed, the 25-strong team on a 24-hour, 2-shift rotation took over the press at midnight on Friday 5th November and immediately got to work.

Darren Rochester, Stampings Facility Maintenance Manager for Solihull and Castle Bromwich, explained, “The press shop doesn’t carry a lot of stock due to footprint constraints, but the flywheel bearings tends to deteriorate at pace, so we knew we had to be prepared and we had to act fast.”

In the week leading up to the repair, colleagues from Castle Bromwich came over to Solihull to establish a night shift to help build up stock in our body stores, while the equipment supplier Schuler Presses sent two specialist engineers from Germany to oversee the project.

The project wasn’t without its hiccups. New, super-strong specialist tools were needed to tackle a project of this size, while getting the German engineers through border control during Covid-19 presented its own challenges at such short notice

Finally, after four days working solidly around the clock, the team handed the press back at 3am on Tuesday 9th November – three hours ahead of schedule!

“It was a monumental effort from the entire West Midlands Maintenance team,” Darren continued. “Replacing bearings within a 32-tonne piece of kit, working at height takes an awful lot of concentration, hard work and teamwork. But the fact that we got back up and running three hours earlier than planned was a bonus and huge testament to the commitment of the entire team.”

Colin Walton, Manufacturing Manager for Stampings said, “Many people in the Solihull plant will not be aware of what goes on in the press shop so this is a great opportunity to given everyone a small insight. The repairs carried out were on a tight timeline, any delay could have caused disruption to the rest of the plant very quickly. I’m very proud of the joint efforts of the Solihull and Castle Bromwich teams.

“Contractors carried out this repair back in 2015 at a cost of £85,000, so the fact we were able to carry out the job ahead of schedule and save money is something we’re immensely proud of – my thanks go out to the whole team for their incredible hard work and dedication.” 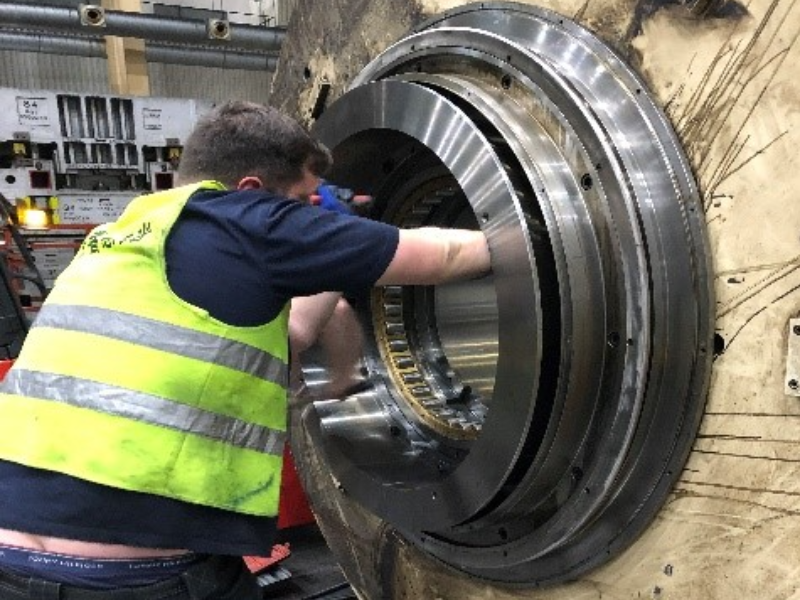 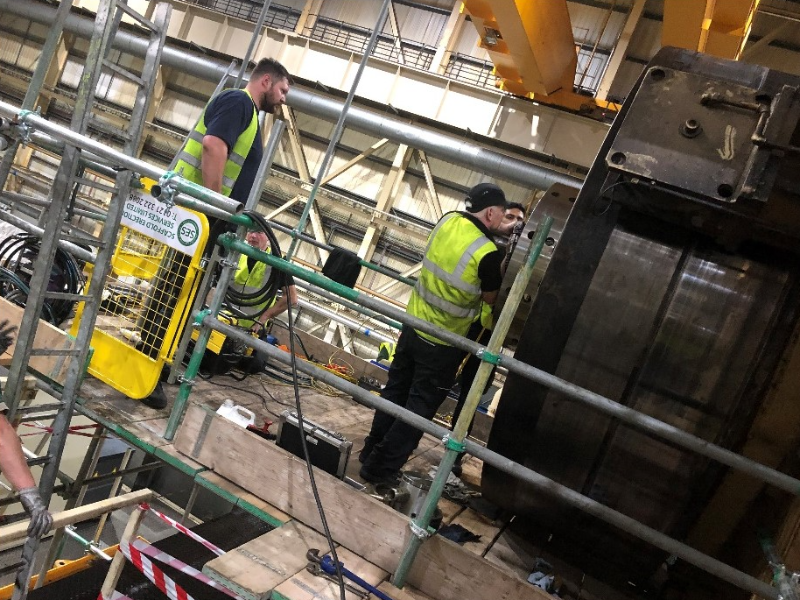 1
OUR EMPLOYEES OF THE MONTH HAVE DONE A GRAND (DESIGNS) JOB!