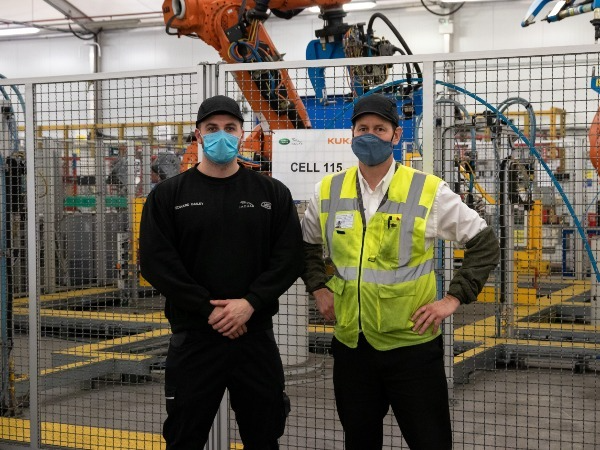 Throughout 2021, the BIW team have been closely monitoring and reviewing the energy usage across their facilities in hopes to reduce the amount we spend on energy.

Throughout 2021, the BIW team have been closely monitoring and reviewing the energy usage across their facilities in hopes to reduce the amount we spend on energy. One of these projects is focusing on reducing the amount of energy used during non-production hours such as evenings and weekends.

Their energy-saving initiative kicked off when BIW Maintenance Leader, Stuart Rainsford was working in his office after production had finished for the day, and he noticed the lights in the production area were being activated at points throughout the evening. Upon further investigation, Stuart became aware that the area was being used as a route across site by those working on shift patterns that included afternoons, evenings, and weekends.

Robert Johnson, Maintenance Launch Leader, began to analyse the data to see just how much this was impacting the amount being spent on energy. Through this, Robert noticed a drastic drop in the amount of energy being used during our shutdown periods - which may seem obvious - but prompted Rob to think, what do we do differently during these shutdowns?

Pulling together a team made up of Maintenance Apprentices, they set out to reduce BIW overall energy spend. Their first focus being lighting activation during non-production periods. The team made sure that at the end of each shift, all lights were turned off, and that those working on different shift patterns were re-routed to avoid activating any lights within the area.

This was only the start of projects for the BIW team and they have since gone on to identify many more ways to be more sustainable, including turning off chillers and Andon screens at the end of shifts, automating light switch off in G-Bay 15 minutes after shift end and much more.

"The team have done some really great work over the past few months and have saved a great amount of money. It's all about that change in behaviour and mindset that is going to make the real difference. There's no stopping us now!" said Stuart.

Through all projects identified the team has seen the hourly spend on energy reduce massively from £159 per hour to £66 per hour - a whopping saving of £93 per hour so far!

The hard work doesn't stop there - the team are continuing to work on projects to help reduce this spending even further, rumour has it they may be forming a Team Improvement Circle this year - they'll definitely be one to watch!