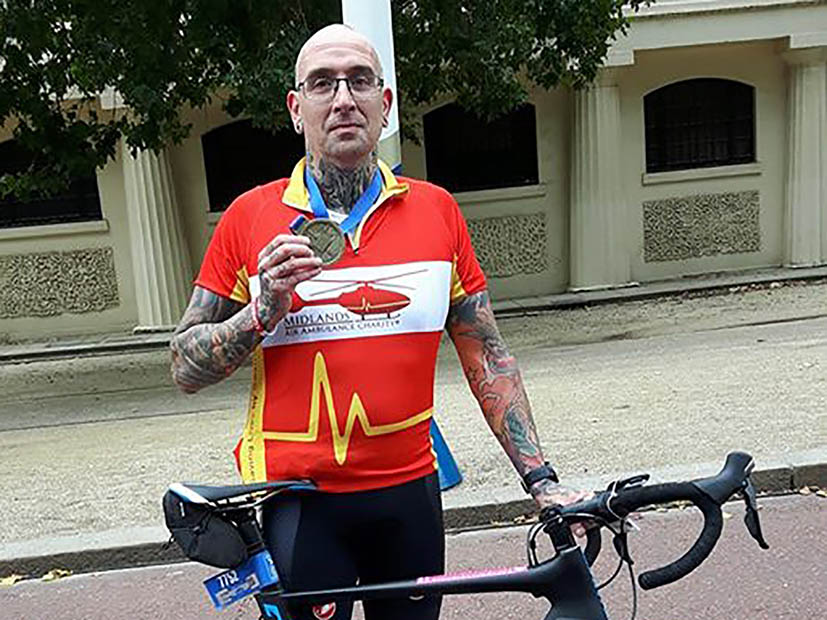 Taking to two wheels to save lives

Conrad Westwood has been raising money for Midlands Air Ambulance Charity (MAAC) for the past three years on foot and on two wheels.

His aim at the start was to raise £2,500, enough to fund a life-saving mission. He’s nearly there, but needs everyone to dig deep to support his latest challenge, taking on Velothon Wales on 8 July.

The 140km closed road cycling event, through some of Wales’ most breath-taking scenery, will test Conrad’s stamina, determination and strength, but he’s well prepared and has been in training for the event for the last few months. He’s raised over £400, but wants to exceed his initial target of £500, and raise even more.

The 46 year old from Wednesfield has worked at the EMC, in Zone 16, Diesel Assembly for nearly four years. It’s a job that he loves and he even travels the 10+ miles to and from work every day by pedal power, come rain or shine.

Although he now sticks to road cycling, a love for two wheels is in his DNA, he competed as a BMX racer in his youth, but now finds a great deal of contentment in cycling around the impression scenery of the local area, including Cannock Chase. He doesn’t even mind that most of his journeys are alone. His family don’t share his passion for cycling and competing, but support him whenever he competes, which he says is a huge motivator.

Another motivator is the money he raises for MAAC and the knowledge he is making a difference.

“I was incredibly proud to attend this year’s launch of MAAC’s new helicopter. It really brought into focus that the money I’m raising, that’s donated by my colleagues, friends and family, is helping to save people’s lives. MAAC is an absolutely amazing organisation. They receive no government funding, yet are responsible for supporting our other emergency services. Their intervention is really making the difference between life and death.

“I was always determined that as I got older, I wouldn’t become overweight and inactive, so cycling not only keeps me fit, but also provides an opportunity to give something back.”

Conrad’s biggest challenge to date has been the Prudential RideLondon cycle amateur sportive; a 100 mile journey through London and the surrounding area, following the same route as the Olympians did in 2012. The aim is always to beat a personal best time. He’s also completed the Manchester and Birmingham Velothons; so he was keen to take on a different challenge, signing up for Velothon Wales in Cardiff.

His training involves cycling an average 105 miles a week on the road and in the gym. He’s being supported by a local Wattbike Gym, who have helped him to increase his stamina and pedal efficiency.

“If you’re not into cycling, you have probably never heard of pedal efficiency, but it can make a huge difference to your times and also your ability to maintain stamina and importantly recover from a long ride. Before I went to Wattbike, my pedal efficiency was only around 50%, it’s now above 70% and it’s still improving. What the team have done is absolutely amazing and I’ve enjoyed the challenge.

“My family are incredibly supportive of my cycling and of course proud of my fundraising. My adventures are now a bit of a family affair, with my wife Jo coming along with me to cheer me on. We made a bit of a ‘kid-free’ weekend of RideLondon, even going to the First Dates restaurants. We’re both looking forward to Velothon Wales, let’s just hope the weather is nice; not raining, but also not too hot.

“I’d definitely encourage others to take up cycling, or indeed any other sport that you’d enjoy, as it’s a great way to keep fit. Perhaps if people are interested we could even set up a cycling club at the EMC; nothing too competitive, but a great way to meet people and enjoy the ‘sunshine’.

“For now though I’m concentrating on training and trying to raise as much money as possible for MAAC, ahead of Velothon Wales. If you’d like to sponsor me, you can visit my online fundraising page and donate. Or just come and see me in Zone 16 and donate directly.

“I’d like to thank everyone who has donated so far and encourage others to dig deep for this really incredible cause.

“I plan to do at least one major fundraiser a year; I’ve already got my eyes set on Etape Loch Ness for 2019!”

“I’d like to thank everyone who has donated so far and encourage others to dig deep for this really incredible cause.

“I plan to do at least one major fundraiser a year; I’ve already got my eyes set on Etape Loch Ness for 2019!” 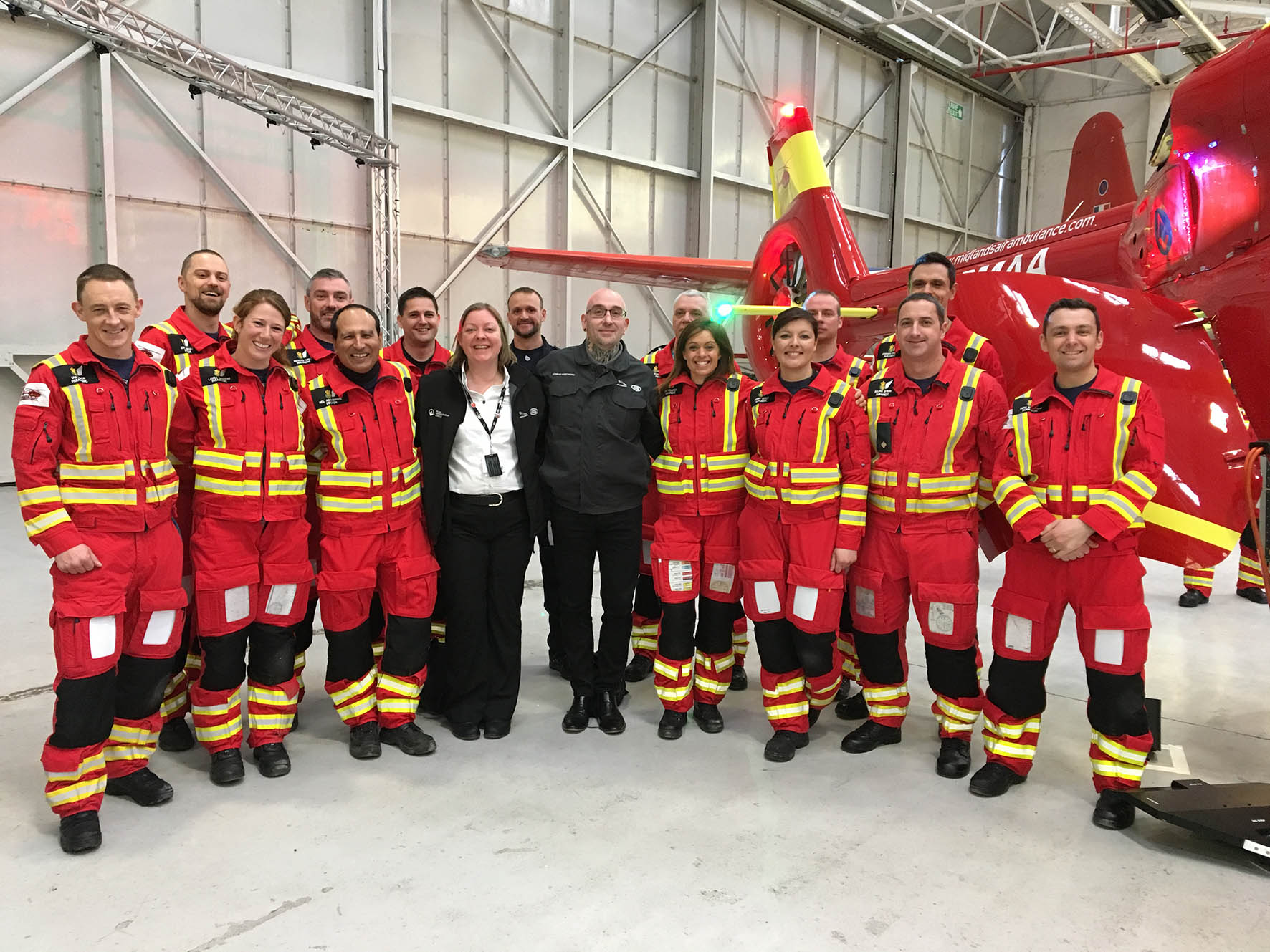 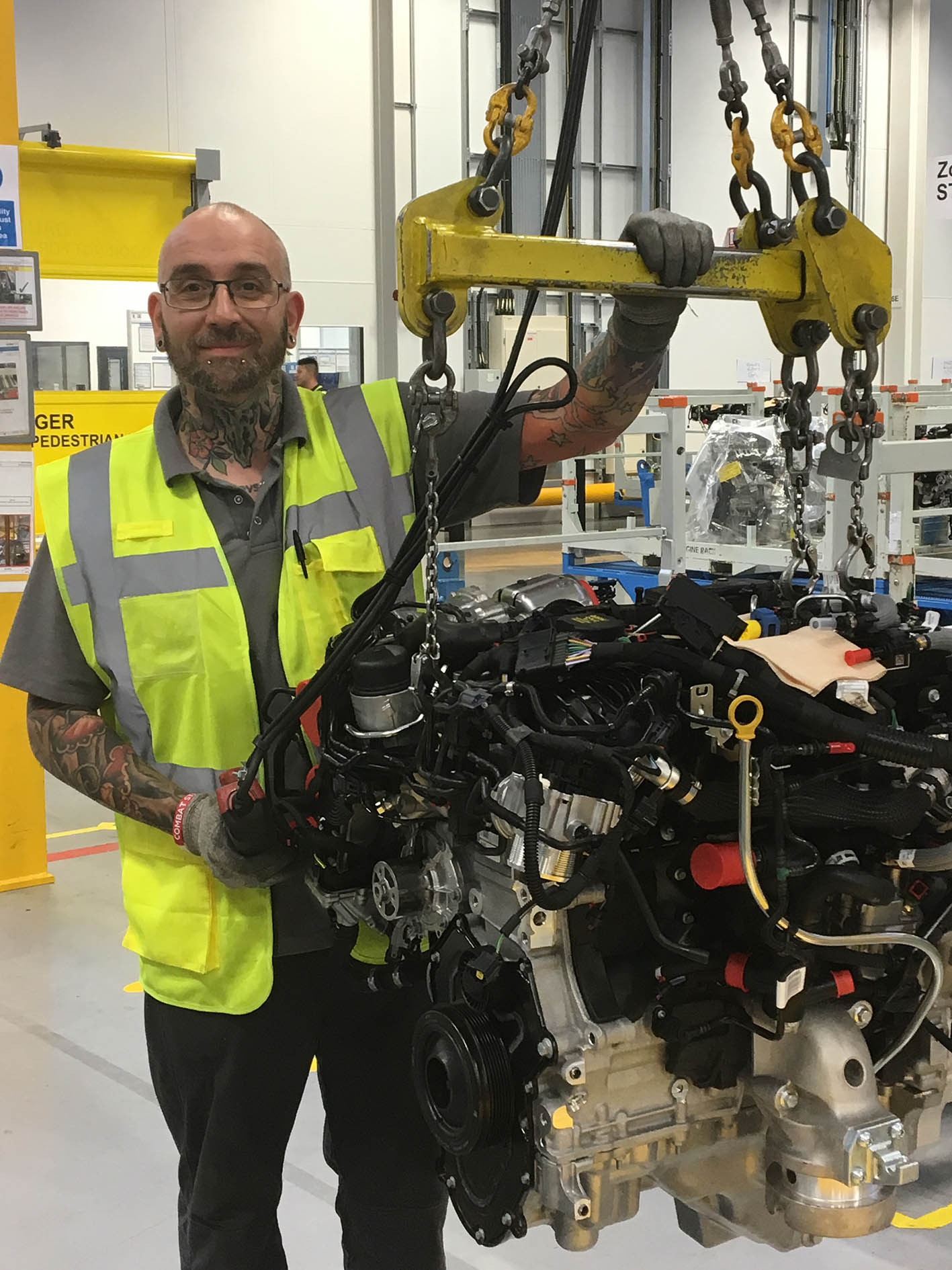 1
IT ALL KICKED AT HALEWOOD (FOR A GOOD CAUSE)