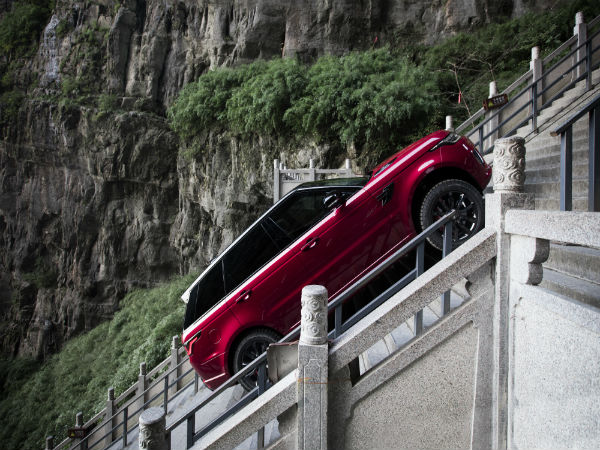 Before the new Range Rover Sport PHEV could tackle the 999 steps leading to Heaven’s Gate in China, it had to tackle a mere 35 at Gaydon, but it was these first lurches that made whole Dragon Challenge possible.

Land Rover Experience expert Phil Jones first got involved in the project at the back end of 2016 and despite initially thinking that a car with the Range Rover Sport’s capability could tacklethe staircase leadingup to the pinnacle of Tianmen Mountain, he believed it wasn’t going to be a guaranteed success.

Despite admitting there was much uncertainty over whether the challenge would be 100 per cent successful right up until the end, Phil believes the test steps built at Gaydon gave him and others plenty of confidence that the P400e could climb Heaven’s Gate.

He added: “We had to build the steps at Gaydon because even though there was only 35, you got a good feel of how the car will react. We had a lot of confidence after the first test that yes we have a chance here.

“But when the PHEV stopped at the top and slid all the way down the test steps, it was like wow. But it proved to be a good indication to a lot of people about the safety measures we would need.”

So meticulously planned was the challenge that Phil roped in the help of China’s Land Rover Experience team to go and explore Heaven’s Gate and send him exact measurements of the steps before commissioning the building of a replica for Gaydon.

“All we could do from the UK was computer analysis and predictions,” he explained. “I wanted every little detail from the angle, the area, the width, the depth and type of step. But before we could commit to building the mock steps, I wanted to see them for myself to ascertain how achievable this challenge would be.”

The ambition had been to build closer to 50 steps at Gaydon, but cost and more importantly safety were the main drivers behind 35 becoming the optimum number. Phil said ideally he wanted something a bit higher, but that would have required a bigger mountain structure, more equipment and greater safety measures.

As it was the 35 steps built at a 45-degree angle were more than enough to test the Range Rover Sport PHEV’s capabilities and give Panasonic Jaguar Racing reserve driver Ho Pin Tung a good indication of what to expect. Phil says:

“We couldn’t have it any smaller because we wouldn’t have got a feel for it. The set of steps we built was about two car lengths long, and at the very least it gave us a sense of driving on to them and then climbing.

“Ho Pin was superb but the steps are so far out of his comfort zone, and attempting the 35 mock steps at Gaydon was harder for him than doing a qualifying lap, which shows the size of the challenge.”

The testing at Gaydon proved fruitful in so many ways from ascertaining whether taking on Heaven’s Gate was possible, how the Range Rover Sport PHEV would react, to deciding which tyre to use and even working out what safety requirements would be needed.

But one factor that hadn’t been considered is ascending the first 11 steps at the foot of the staircase. Phil admitted that the PHEV’s additional battery packs threw him initially when attempting the short climb, adding:

“We haven’t done much with the P400e other than up and down those 35 steps at Gaydon. The first steps we had to go up meant approaching at an angle, which didn’t concern me as I have done it so many times in our products. But when we got to China it caused me so much trouble, because of the added weight of the batteries in the back pulling the weight around.”

Other than that small issue, the challenge went according to plan with Ho Pin reaching the top with the minimum of fuss and proving how vital those first 35 footsteps in Gaydon proved to be in the Range Rover SportPHEV’s success of the Dragon Challenge.

Watch the full cut of the Dragon Challenge here 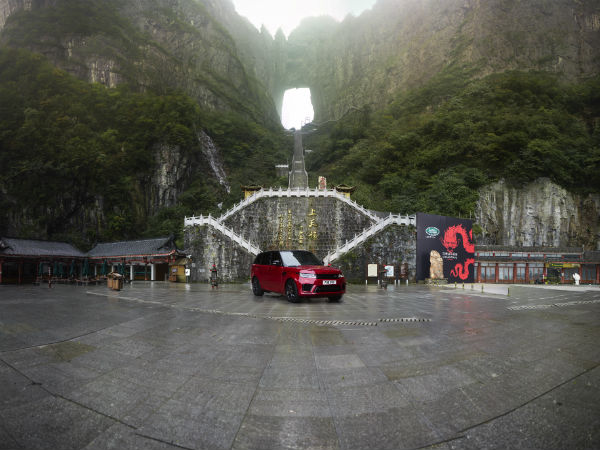 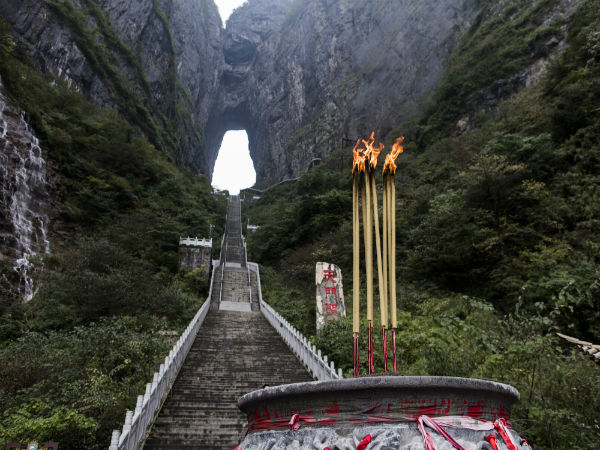 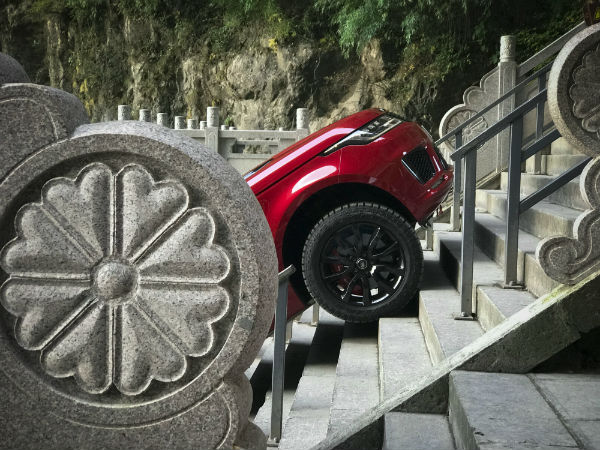