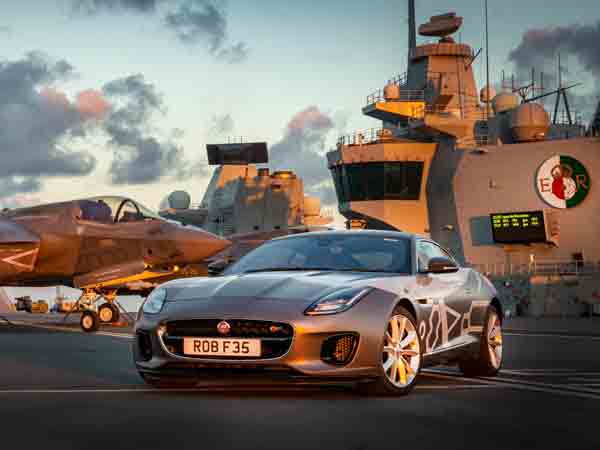 A best of British engineering showcase has been displayed on the decks of HMS Queen Elizabeth aircraft carrier – starring the Jaguar F-TYPE and the fifth generation F-35 Lighting II fighter jet.

Taking pride and place on the naval ship, the coupe was specially wrapped in the military plane decals ahead of the jet's photo debut, before it heads off to the east coast of the USA for testing.

“The technology involved in the aircraft carrier, F-TYPE and the F-35B are all linked; a high quality demanding specification, precision engineering, power and performance. Bringing the two together in HMS Queen Elizabeth, itself a triumph of collaboration between UK industry partners and the Ministry of Defence.

“All three represent cutting edge technology that underlines the very best of British innovation and design.”

The F-35 Lightning II is the world’s biggest single defence programme, with the fighter jet capable of reaching 1199mph, capable of vertical landings, and designed for stealth combat missions, is expected to be in service until 2070.

Built by Lockheed Martin, the UK will build more than 15 percent of the aircraft, and become the global hub for maintenance, repairs, overhaul and upgrades.

Jaguar Land Rover has been affiliated to both HMS Queen Elizabeth and her sister ship HMS Prince of Wales, currently being built in Rosyth, Scotland. 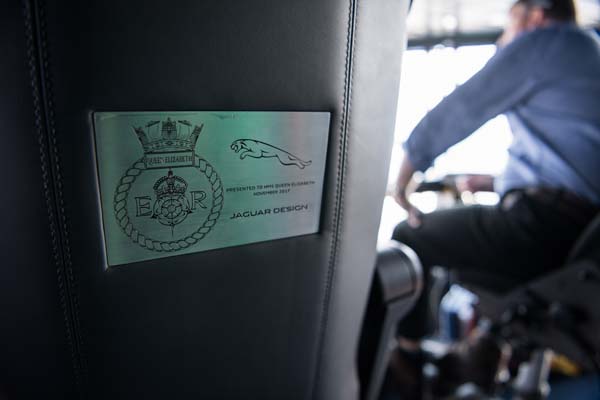 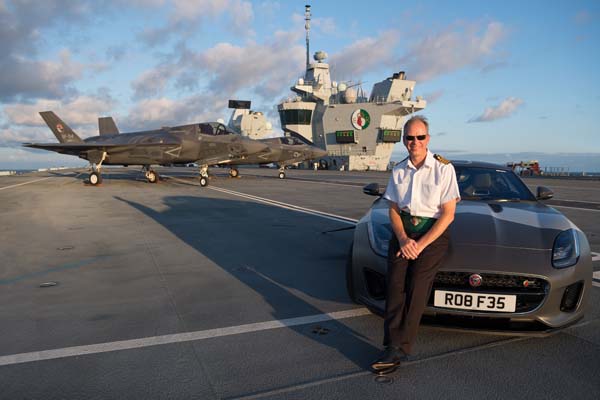 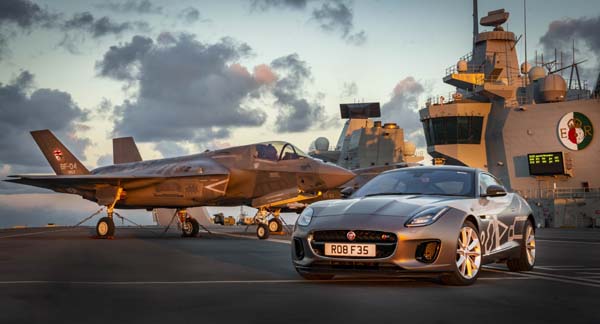 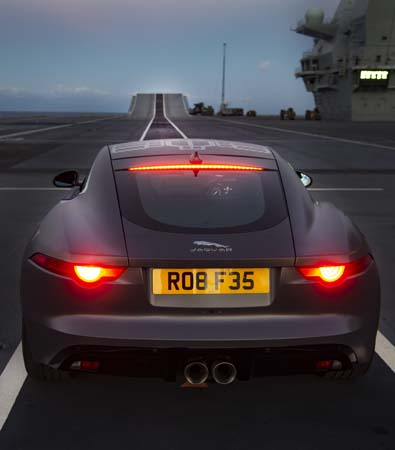