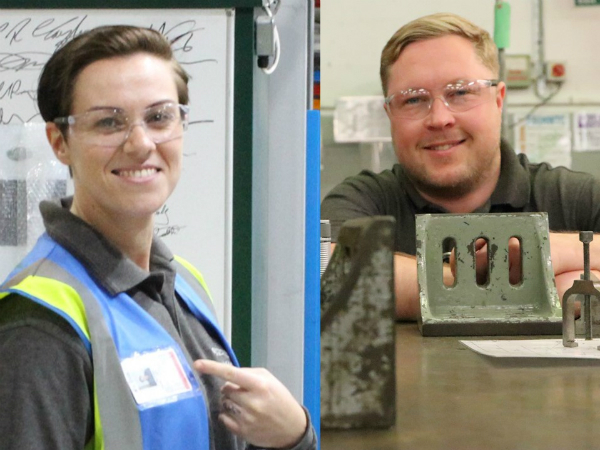 The car that rocked our world

The next generation Evoque is finally here and we are all geared up for it to be another huge success, just like its predecessor, which has firmly established itself at the top of our Halewood history books! When the original Evoque was catapulted onto the automotive scene in 2011, no one could have envisaged the sheer impact it would have on our business and how it would fundamentally change everyday life here at Halewood.

We thought it was only fitting that we caught up with some of our employees and asked them to share their memories of the original Evoque and their hopes for what the new model will bring. Here are their stories…

Kim started at JLR in April 2011, as a BIW Underbody Associate and will never forget the day the Evoque was launched as it took place on her birthday!

“The Evoque gave our plant a new lease of life- that goes without saying.  Everyone you spoke to knew about the car and the hype around it was huge. It allowed the plant to develop and grow in so many ways.”

And that’s not the only thing that changed for Kim over the last seven years, she added: “Since the Evoque launched so much has happened for me both professionally and personally. I’ve acted as a stand in Group Leader and three years ago I took on the role of BIW X Shift Clerk.

“I also got engaged, married, bought a house and my wife and I have just welcomed our first child.

“The success of the Evoque has helped me to create a stable happy lifestyle for my family.. I believe you work to live, not live to work but working at JLR has allowed me to create some amazing memories both inside and outside of the plant. I have also met some great people along the way, some of which are not just work colleagues but proud to say are close friends.”

Rob started at Halewood in September 2006 and worked on the rear axle line in T&F.  Sharing his Evoque memories, he said: “The one thing that stood out for me when the Evoque launched was how revolutionary it looked.

“Everyone had seen the concept car and sometimes they can look quite different to the production models but the Evoque was exactly the same- it was so impressive. Not surprisingly, all the customers loved it.

“I  was moved to the OTA Mechanical Repair team and in 2016 decided to take the plunge and apply for the JLR Apprenticeship Programme, which is allowing me to further my career and train to become a maintenance technician.

“My life has undoubtedly changed for the better since the Evoque was launched. As well as my professional achievements, I’ve met my fiancee and had our little girl. It’s afforded me so many opportunities with my family and has allowed me to provide for them.   My hopes for the new Evoque is that it can replicate the success of the first model and help to provide a stable future.”

View more
9
From crates to the classrooms: Creating desks by upcycling pallets to support education in India