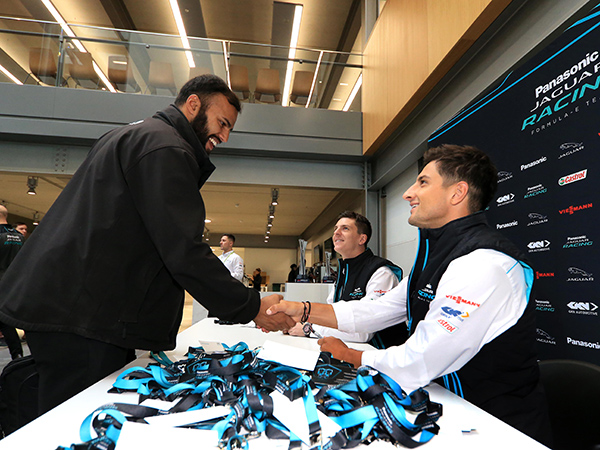 The Employee VIP Treatment At The Formula E Launch

Last week TeamTalk brought you the latest news from Panasonic Jaguar Racing’s Launch event as the team set out its stall for what promises to be a thrilling season six of the ABB FIA Formula E Championship.

Held at the stunning Jaguar Design Studio inside the Gaydon’s new advanced product creation centre, the event brought together a number of VIPs, partners and automotive media all eager to hear the news that British driver James Calado would be joining Jaguar’s fan-favourite Mitch Evans in the team’s driver line up for the coming season.

The event also revealed to the world, for the first time, Panasonic Jaguar Racing’s new Formula E race car, the I-TYPE 4, a lighter, sharper and more technologically advanced upgrade to the car that took Mitch to within reaching distance of last season’s title.

Prior to this main event, we were delighted to offer an exclusive employee experience to our Gaydon colleagues who received a pre-launch reveal of the car and the opportunity to meet and talk to our drivers ahead of the media event.

Over a thousand of our colleagues took up the offer with crowds of people gathering all keen to be one of the first to see the new car, pass on their support to our drivers and pick up an autograph or two in the process.

For over an hour the race team were swamped with support and well wishes ahead of the coming season and while employees were pumped to meet the drivers, Mitch and James were also on a high after seeing how much support there is for the race team across the business.

"We are on the road so much with training, testing and the races," said Mitch. "It is encouraging to meet so many of the Jaguar Land Rover employees on days like today at the new facility in Gaydon. I've visited Castle Bromwich, Solihull and the EMC and I'm blown away by the support we get as a team. It is a big motivator for the season ahead."

Supporting the show and adding to the experience there was also a Panasonic Jaguar Racing merchandise boutique stall with special employee deals so race fans could kit themselves out in Jaguar Racing gear ahead of the season.

After the employee pre-launch event the race team made their way through for the official media launch, however keen to keep employee fans central to the experience a number of special VIP places had been secured for Jaguar Land Rover employees to be part of the main show inside the Jaguar design studio.

15 of these employee VIPs included manufacturing colleagues who’d made their way from our Castle Bromwich plant for the unique opportunity to hear directly from the drivers, Team Director James Barclay and other speakers as they laid out their plans for the coming season.

“It was really exciting to be part of this event today, it was something different for us guys based at Castle Brom,” he said. “To come down to Gaydon and have the opportunity to have a look around at the new facility and be welcomed into this launch event so we can be part of it and to find out more about Formula E is just brilliant.

“I’ve seen the race team and car on the telly, but seeing them here today with my own eyes is great. I just thought to myself, wow, this is really special and an experience I’ll remember for a long time.”

Hoong Chen, Platform Project Leader based at Gaydon added: “It felt really good to be invited to this event, I’ve never been to anything like this before and it is really exciting. I wasn’t quite sure what to expect at first but now I feel quite elated about the upcoming race series.”

Jaguar returned to racing in October 2016, becoming the first premium manufacturer to join the all-electric ABB FIA Formula E Championship street racing series. Competing in Formula E is a natural fit for Jaguar as an innovative performance brand. Not only does the team showcase the Jaguar brand and its performance credentials, but also Jaguar Land Rover's engineering capabilities in electrification technology and Destination Zero vision.

Driving pride in our company and our brands and making the most of this type of opportunity to engage our people using our fantastic brands forms a huge part of the Accelerate programme and something we are striving to deliver much more of over the coming months.

Experiences like the Formula E Launch, the recent Defender Black box tours that took place around the country and last weekend’s employee open day at our Nitra plant in Slovakia are all ways that we are putting the employee experience right at the heart of our business.

Keep your eyes out for more of these events coming soon.

"We are on the road so much with training, testing and the races," said Mitch. "It is encouraging to meet so many of the Jaguar Land Rover employees on days like today at the new facility in Gaydon. I've visited Castle Bromwich, Solihull and the EMC and I'm blown away by the support we get as a team. It is a big motivator for the season ahead." 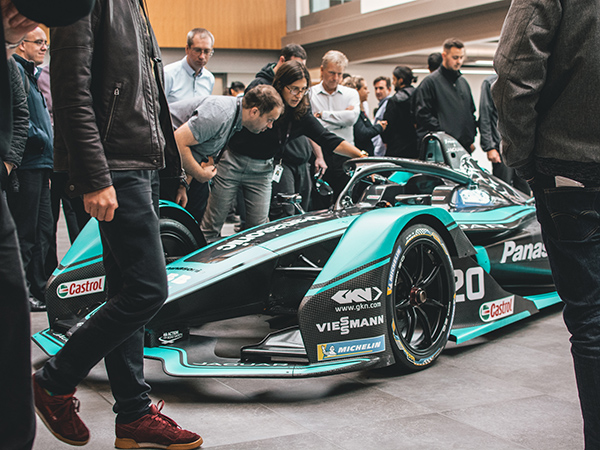 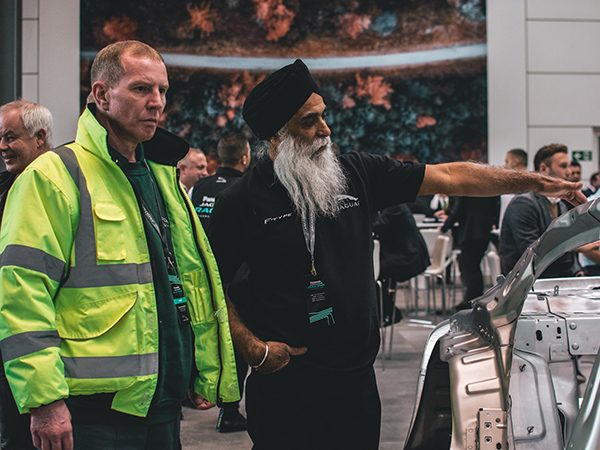 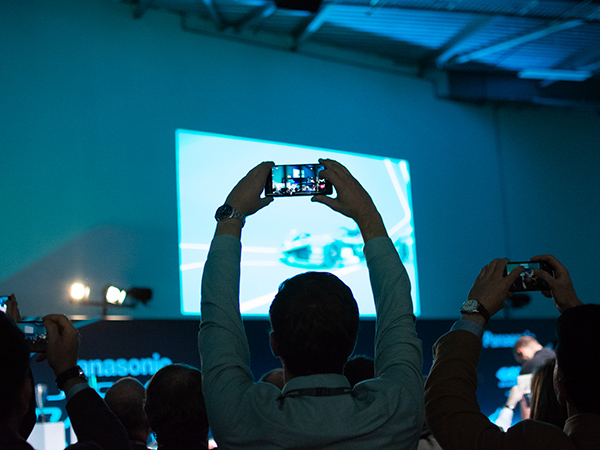 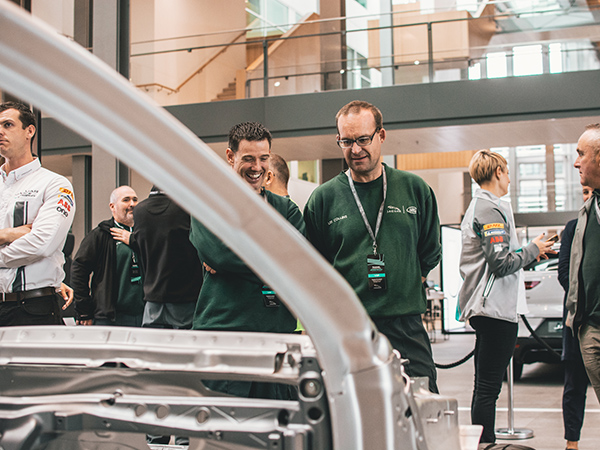