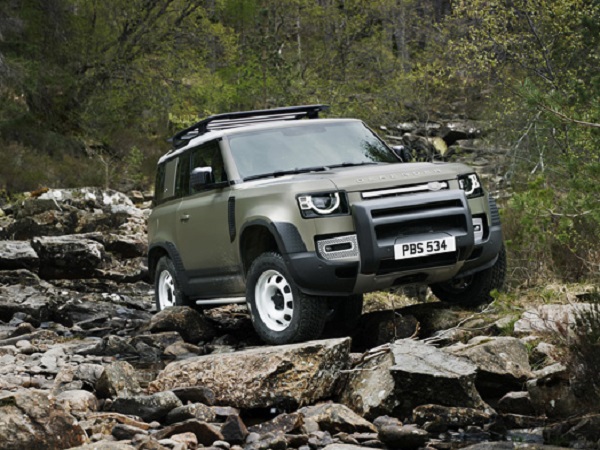 The New Defender is here: Designed and built for the new age

Land Rover has reimagined an icon for the 21st century by making it clever, capable and safe for the family, helping owners make the most of their world.

With more than seven decades of pioneering innovation, Land Rover has earned its place in people’s hearts, as each vehicle has proven themselves in the harshest environments on earth.

The New Defender will maintain this bloodline and complete the picture, as the final piece of the Land Rover family. It brings a transformational breadth of capability and advanced all-terrain technologies to redefine adventure, while remaining true to the brand’s pioneering spirit.

Getting to know the New Defender

The New Defender will be available in two bodystyles - 90 and 110, with the former joining the range soon after launch. A pair of commercial models will follow in 2020.

There will be a selection of advanced petrol and diesel engines to choose from at launch, with a Plug-in Hybrid Electric Vehicle (PHEV) version being added next year.

The petrol line-up is made up of a four-cylinder P300, and a powerful six-cylinder P400 MHEV engines, while the diesel range consists of a pair of four-cylinder units – D200 and D240 – capable of delivering fuel economy figures of 37.2mpg and producing 199g/km of CO2 emissions (NEDC equivalent).

Buyers will be able to choose from six trim levels – Defender, S, SE, HSE, First Edition and Defender X, and will be able to personalise their vehicle in more ways than ever before.

Customers will also have the choice of four accessory packs – Explorer, Adventure, Country and Urban. Each have been designed to give the 4x4 a distinct character. First Edition models will feature a unique specification available throughout the first year of the vehicle’s production.

The New Defender is also available with the widest choice of individual accessories ever assembled for a new Land Rover. This includes everything from a remote control electric winch and rooftop tent through to a variety of tow bar systems and roof racks.

There is also the option to add a full-length folding fabric roof on the 110, allowing passengers sat in the second row to stand up and get the full safari experience, when parked up.

Customers can even add the new Satin Protective Film to shield their paintwork. The solvent-free wrap will be available as a factory-fit option when customers select Indus Silver, Gondwana Stone or Pangea Green paint.

Inside the 110 offers the option of five, six or 5+2 seating, while the boot space provides 1,075 litres of storage, which is extended to 2,380 litres with the second row seats folded down.

Felix Bräutigam, Jaguar Land Rover’s Chief Commercial Officer, said: “New Defender will be available in 128 global markets and meets or exceeds the toughest emissions and safety requirements in the world.

“Using advanced technology to deliver the toughness and character you can only find in a Defender, our new 4x4 has been developed for adventurous hearts and curious minds.”

New Defender – the design is all in the details

Land Rover’s designers focused on re-envisioning the familiar Defender trademarks for the 21st century. They gave it a purposeful upright stance and Alpine light windows in the roof, while retaining the side-hinged rear tailgate, externally-mounted spare wheel, and distinctive silhouette.

Even inside the original Defender’s personality has been harnessed with the structural elements and fixings on display, with the design team focusing on simplicity and practicality. The dash-mounted gear shifter allows for a central jump seat to be fitted, so you can sit three abreast in the front seats like the early Land Rovers.

Other user friendly touches include durable rubberised flooring which gives the Land Rover a brush and wipe clean interior.

Gerry McGovern, Land Rover’s Chief Design Officer, said the New Defender is respectful of its past but not harnessed by it – it is designed and built for a new age, adding:

“Its unique personality is accentuated by its distinctive silhouette and optimum proportions, which make it both highly desirable and seriously capable. It’s a visually compelling 4x4 that wears its design and engineering integrity with uncompromised commitment.”

Engineered to be tough and technologically advanced

Under the skin the new Defender is tough and technologically advanced. It’s built on Land Rover’s new purpose-engineered D7x architecture, which is 95 percent new.

Based on a lightweight aluminium monocoque construction, the Defender has the stiffest body structure ever created by the brand. It is three times stiffer that traditional body-on-frame designs, which makes it the ideal foundations for fully independent air or coil sprung suspension and supports the latest electrified powertrains.

The new architecture provides ground clearance of 291mm and world-class off-road geometry, giving the 110 approach, breakover and departure angles of 38, 28 and 40 degrees – when in off-road height.

It can also wade up to a maximum depth of 900mm, and the Terrain Response 2 system’s new wade programme will allow drivers to ford deep water with complete confidence.

The Configurable Terrain Response also makes its debut on the New Defender. It allows experienced off-roaders to fine-tune their vehicle’s individual settings to perfectly suit the conditions, while inexperience drivers can select the auto-function, which allows the system to detect the most appropriate settings for the terrain.

The new Defender will be the first Jaguar or Land Rover to use the new Pivi Pro infotainment system. It is more intuitive and user-friendly than before, and requires fewer inputs to perform frequently used tasks, while it has been designed to be always on to give almost instant responses.

Even the Software-Over-The-Air technology is taken to a new level, with 14 individual modules capable of receiving remote updates, which will ensure this Defender gets better with age.

“New Defender gives us the licence to do things differently, to push the boundaries and do the unthinkable, without ever losing the character and authenticity of the original.

“From the start we had an absolute obsession with functionality beneath the skin, from choosing the right materials through to state-of-the-art connectivity. The result is not only the most capable Land Rover ever made, but also a truly comfortable, modern vehicle that people will love to drive.” 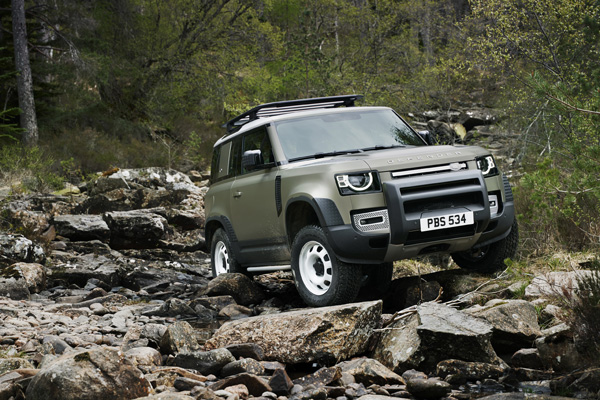 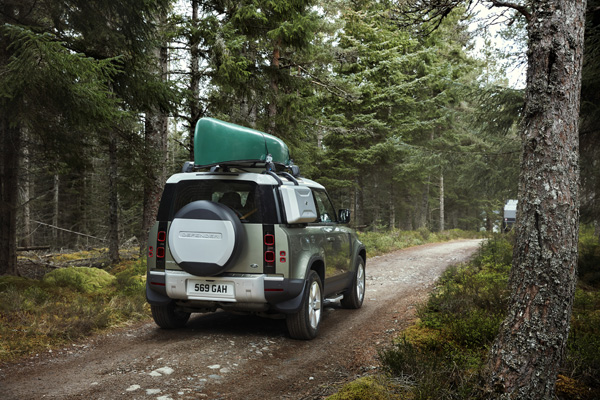 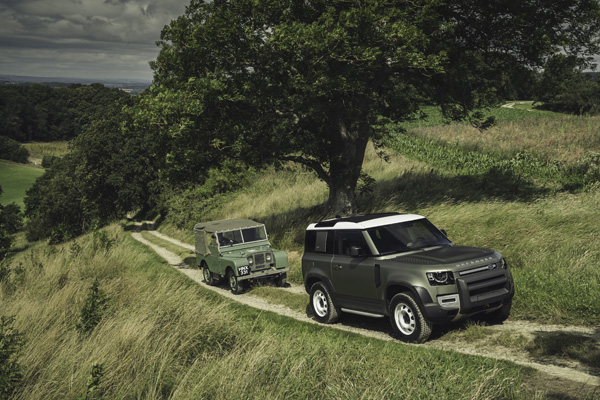 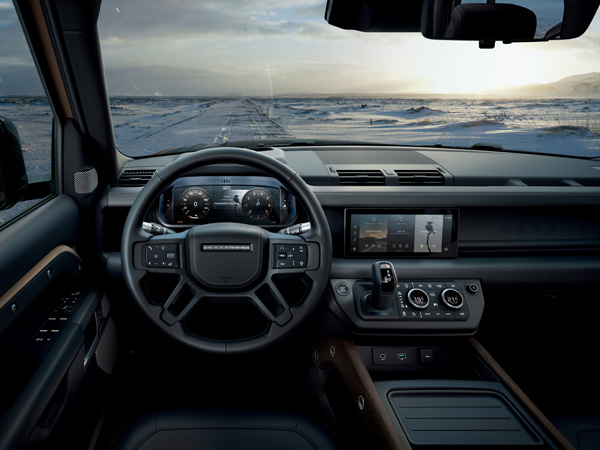 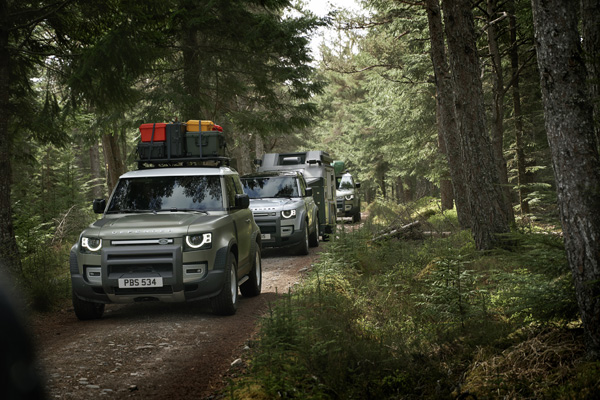