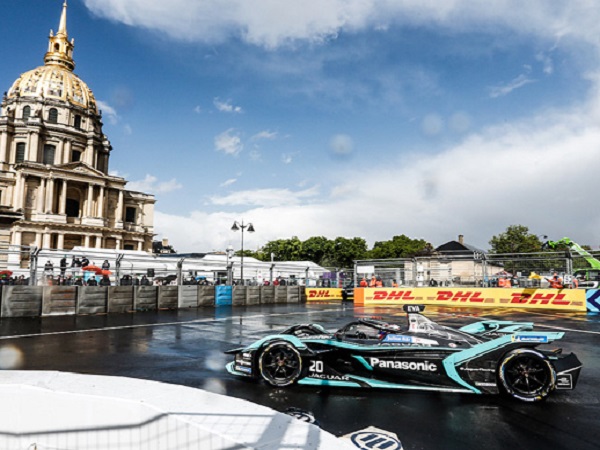 Panasonic Jaguar Racing endured a tough weekend in Paris as the changeable weather conditions played havoc during an entertaining race.

After the highs in Rome, where Mitch Evans claimed the team’s first win since joining the ABB FIA Formula E Championship, Panasonic Jaguar Racing were brought back down to earth as Storm Hannah took hold during the French E-Prix.

With sights set on another strong performance, the weekend started off well with Mitch setting the fastest lap in Free Practice 2. Before joining the first group of drivers in qualifying, a new experience for the Kiwi driver, which ultimately cost him as he started 18th on the grid. While team-mate Alex Lynn managed to secure a 15th place start.

As the race began the changeable weather conditions started to come into their own as the heavy rainfall and limited visibility played havoc on a circuit renowned for limited overtaking opportunities. Despite securing the second fastest lap of the race, 24-year-old Mitch suffered damage to his front wing following the restart after 15 minutes under yellow flags. After a quick pit-stop, he returned to finish 16th overall. In the process, it ended his consecutive point-scoring run since the beginning of the season.

British driver Alex also suffered some misfortune as he failed to finish the race, after an incident with Venturi’s Edoardo Mortara shunted him into the wall, while battling to secure his first points for Panasonic Jaguar Racing.

Speaking after the race Team Director James Barclay was in optimistic mood, adding:

“It was our first time qualifying in group one with Mitch, so that was a learning for us. Unfortunately, we didn’t quite get everything out of the car to make it through to Super Pole. As a team, we all learnt a lot and we’ll take that with us for the forthcoming races. Mitch will learn from that too and we’ll come back stronger.

“Today things were somewhat out of our control with the first wet Formula E race and a number of drivers were reckless which cost us a good result, but in Monaco we’ll come back strong and look to get back on the podium.”

Mitch was also in positive mood as he sets his sights on the next race in his home town of Monaco, adding:

“Going out in group one for qualifying we knew wasn’t going to be optimum, but when you are top five in the Championship that’s just the way it is. Nothing stood out as going wrong – the lap was clean – it just wasn’t fast enough.

“The race was absolute mayhem in the rain. Alex and I were looking strong, so it was a shame to have wing damage as we could have been in the points. I was hoping for a nice recovery – we’ve managed to come from the back in previous races – but it wasn’t to be today.”

British driver Alex Lynn was left thinking what might have been as he eyed his first points for the team, adding: “It was a frustrating day in Paris. We were having a steady race, the car felt good before the heavens opened and then the race totally changed. We were picking up places – naturally there were a lot of incidents, but we were in a great position before I was taken out with just ten minutes until the end of the race.  The weather conditions weren’t helping but I think there was a lot of overly ambitious driving out there today.”

The race was won by Envision Virgin Racing’s Robin Frijns, who finished just ahead of DS Techeetah’s André Lotterer and Audi Sport’s Daniel Abt.

After the results in Paris, Mitch has dropped to seventh place in the drivers’ championship just 20 points behind leader Robin Frijns, while Alex is still looking to score his first points for the team. In the constructors’ title, Panasonic Jaguar Racing remains in eighth position – 80 points behind DS Techeetah who are leading the way.

The team will look to regroup as the ABB FIA Formula E Championship heads to Monaco on 11 May. 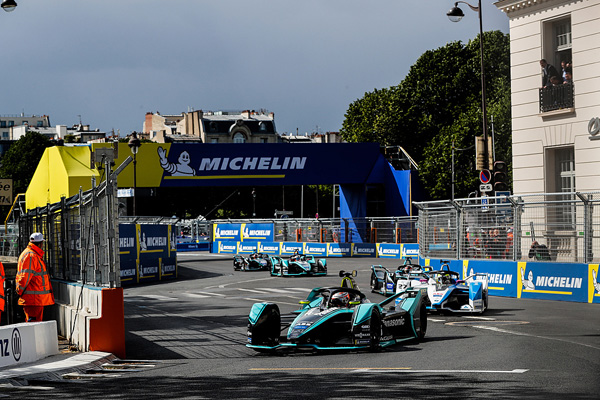 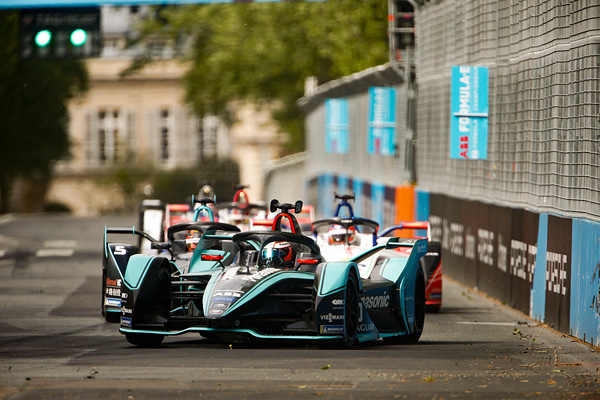 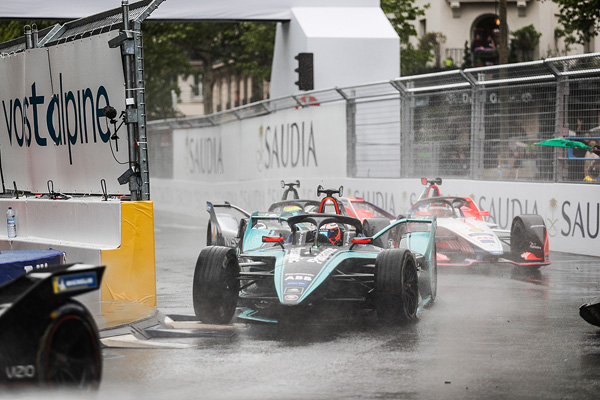 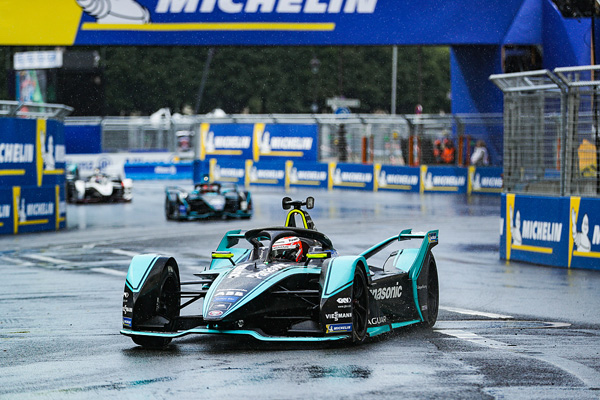 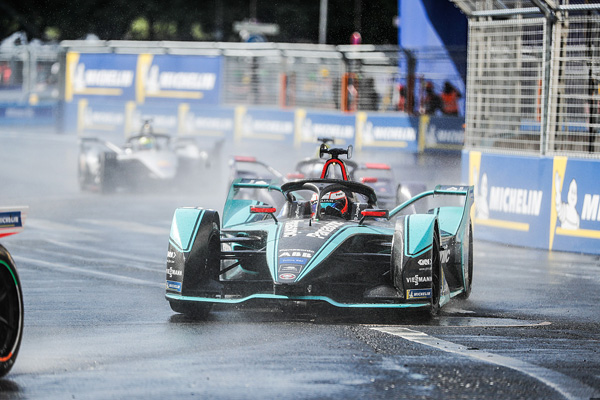