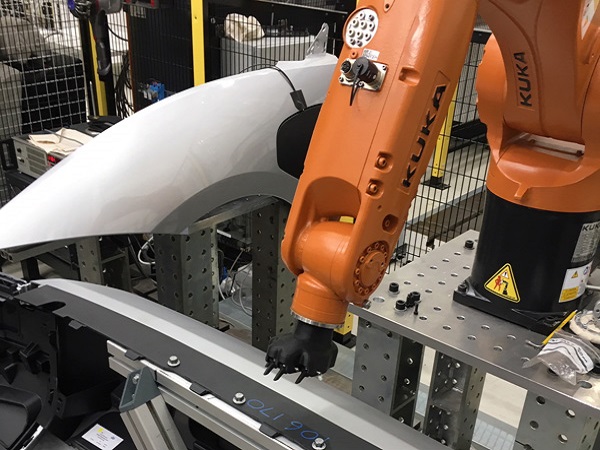 Top dog: Making sure the New Land Rover Defender is up to scratch

Material Engineering has made sure the New Land Rover Defender is up to scratch with a little help from a dog and some 3D printing.

Working in collaboration with the Additive Manufacturing and Robotic Engineering teams, they created a life-like 3D printed paw for the performance tests.

Within a few months the team achieved its ambition and is establishing how else they can use this robotic paw. Julie says: “The question we were posed with was whether we had a problem or not. So we had to find out for ourselves.

“To go from a dog to a 3D printed paw fitted to a robot is a great achievement, but that is only down to having such a good team.

“This project is more about the enthusiasm, innovation and collaboration of different teams, and that has been the biggest win rather the fact we have an actual test.”

WATCH the robotic paw in action

The concern was originally raised by a Board Member who was evaluating the new Defender. They were worried that the paint would be scratched off when a dog jumps in and out over time.

Unlike other members of the Land Rover family that have a split tailgate or a rounded boot opening, the Defender has a flat surface on its rear bumper, which dogs use to pull themselves into the SUV.

This small worry bead created a unique opportunity for the Materials Engineering team. They tried to find an existing scratch or abrasion test that would replicate the damage a dog’s claw does to the paint but to no avail.

Julie says: “Our performance testing covers plenty of scenarios that our cosmetic parts are exposed to, but nobody considered their tolerances against things going in and out of the boot. We realised very quickly that we would have to design a bespoke test.

“Somebody mentioned getting in a dog so we can assess what happens in the real-world. And that is what we did.”

Every dog has its day

A call was put out to the National Guide Dog Breeding Centre to use one of its residents, and Yogi, a nine-and-half-year-old retired breeding Labrador, was chosen as the pooch for the job.

Tasked with jumping in and out of the Defender, Yogi’s every step was recorded using pressure mapping technology. With it the team had all the information they needed to benchmark their own test, from how a mid-sized dog clambers in and out, to the pressures applied by the claws and the pads on its feet.

With Yogi’s work done, Julie and the team considered how they could replicate their findings into a new test. They decided to use a robot and needed replica dog claws to ensure the outcome was realistic.

The Additive Manufacturing team originally designed a fixed claw prototype, before deciding to spring load the claws – which was a masterstroke. Not only did it allow some slight actuation, allowing the claws to follow the contour of the bumper and apply pressure evenly across the panel, it was also cost-effective as they could be replaced at the end of each test.

The claws were also made from a synthetic material with the same hardness as the real thing.

With the 3D printed paw ready for action, the project team tested it to see what the prototype could do. There was an initial fear that the synthetic claws would wear quickly, but it proved unfounded as they completed the 5,000 cycle test.

During the examination, the robot scratches the panel randomly ten times followed by a linear scratch to one side, before repeating the process. The test gives two distinct results – a real-world example and a worst-case scenario. It also proved that the Ceres Silver matte painted bumper could withstand a dog’s claw over a decade’s use with little damage.

Julie says although the result is fantastic, the paw has opened the door to future innovative robotic lab tests, adding:

“We have proved you can fit anything to a robot and do the same test again and again. To get these kind of results you need to think innovatively. We did.

“We thought wider than our standard laboratory tests – by getting a dog, printing a paw and using a robot – and it worked.” 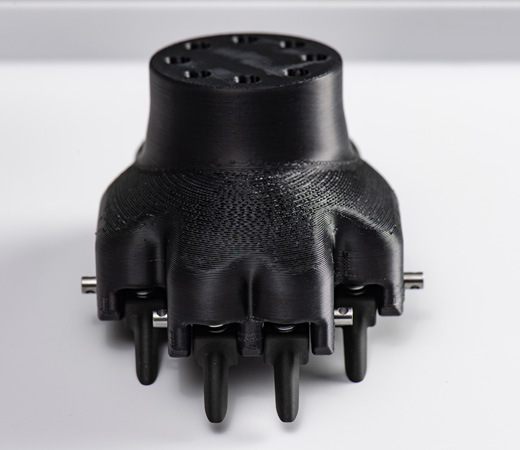 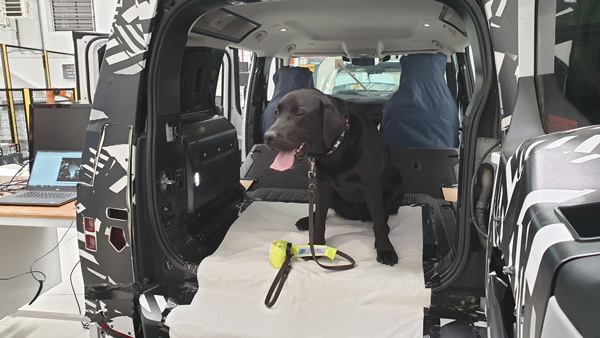 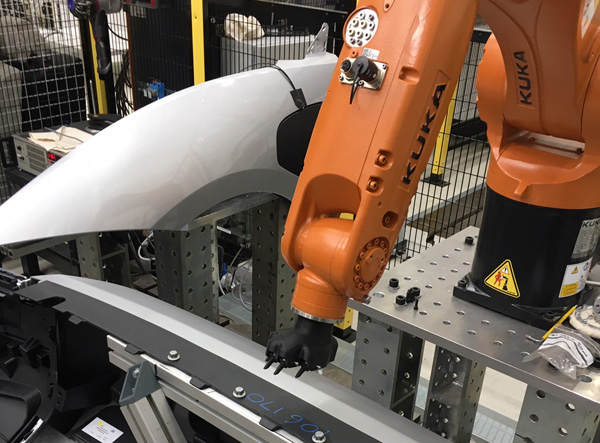 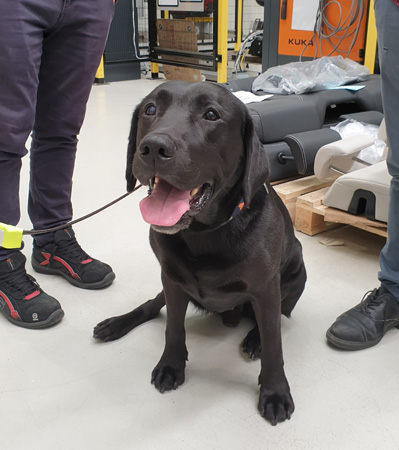 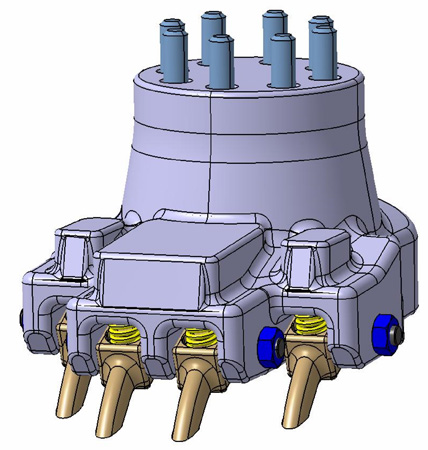