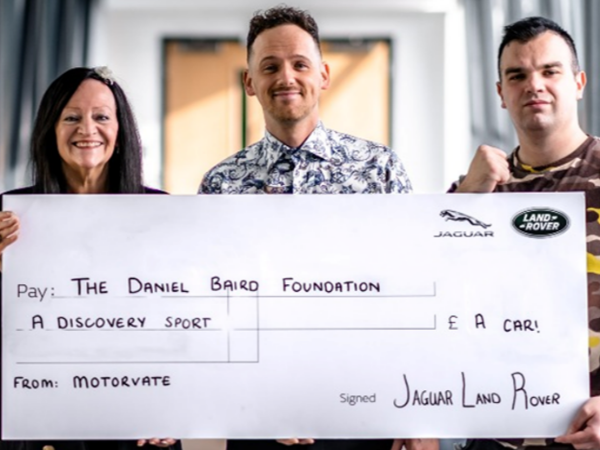 Founder Lynne Baird (pictured above), set up the foundation after her son, Daniel Baird was fatally stabbed in Birmingham, after a night out with friends. Dan sadly died after arriving at hospital, however if first aid or bleed control kits were available, Dan could have survived.

Lynne now campaigns for business' and workplaces to have these kits available, should they need them as it could save someone's life. As of September 2022, over 2,500 kits and over 700 dedicated bleed control cabinets have been spread across the United Kingdom, with kits having been used countless times to save the lives of casualties with a catastrophic bleed. The kits were developed in partnership with West Midlands Ambulance Service and the National Trauma Network and are recognised as the default kit to use across the country with other countries including Spain, the USA and Dubai also having Daniel Baird Foundation kits. The kits have also been widely deployed in Ukraine to support the military and Civilians caught up in the war.

The Daniel Baird Foundation arrived on site expecting just a small donation from Jaguar Land Rover to fund the supply of emergency bleed kits, and left with a new Discovery Sport! The lucky winners are now waiting patiently for their car to be built to their requirements, to distribute bleed kits and help Lynne attend events and training up and down the country.

Stay tuned for the big unveil of their new Discovery Sport...

MOTORVATE is an employee scheme which helps us support local community groups and charities. If we work with impact and achieve good or improved attendance levels, Motorvate provides funding or donation of new cars to  You can apply for funding or a car for local charities or community groups like The Daniel Baird Foundation by completing a donation request form which is available to collect form local People Centres, MOTORVATE display boards, Line managers, TU representatives and from the People Portal here.

Completed forms should be returned to Julie Rahman, Employee Relations and Projects Consultant or the Solihull HR office.

1
TIC TOK: THE COUNTDOWN IS ON!